Modern Design
The RV-14 is our most modern design -- the result of what we've learned from many years of manufacturing and flying airplanes, and the requests of our customers.
Stand Tall
One of the first things you'll notice about the RV-14 and RV-14A is that they stand up tall. It's a great looking airplane.
Big Pilots, Rejoice
You wanted the roominess of an RV-10 in a two-seat airplane. This is it. Tall and wide pilots will fit just fine.
Aerobatic
It's not just larger - The RV-14 can operate in the aerobatic category, so those loops and rolls are all yours! 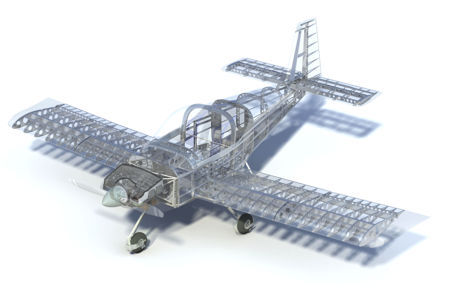 More room. Quicker build time. Our most advanced and refined kit ever.

The RV-14/14A is the latest aircraft design from Van’s Aircraft, Inc. It continues — and improves upon — Van’s legacy of the most successful side-by-side, two-seat kit aircraft in history: Van’s RV-6, RV-7, RV-9 and RV-12.

But the RV-14 is different.

Probably the first thing you’ll notice is the airplane’s stance: The RV-14 sits tall. The upright seating position and large bubble canopy provide superb visibility in all directions. The large cabin (as wide as many four-seat airplanes) is truly roomy. Lots of headroom, lots of leg room, lots of room between the seats. Larger people, who often can’t find an airplane that will fit, simply love this airplane! 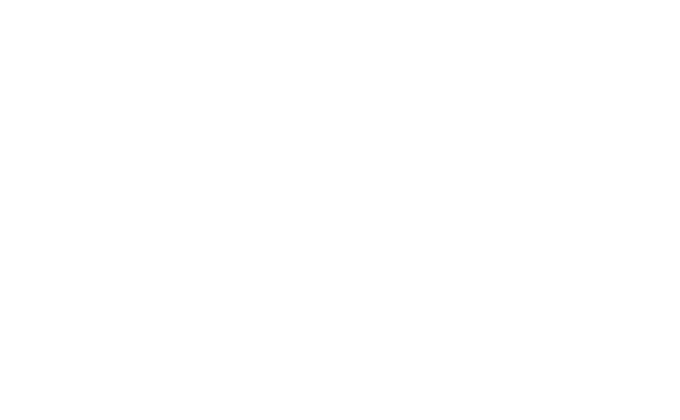 The nose sits high and the steering wheel mounts on the tail. The RV-14 is a great looking airplane with plenty of power and room for, well, even the largest pilots!
RV-14A 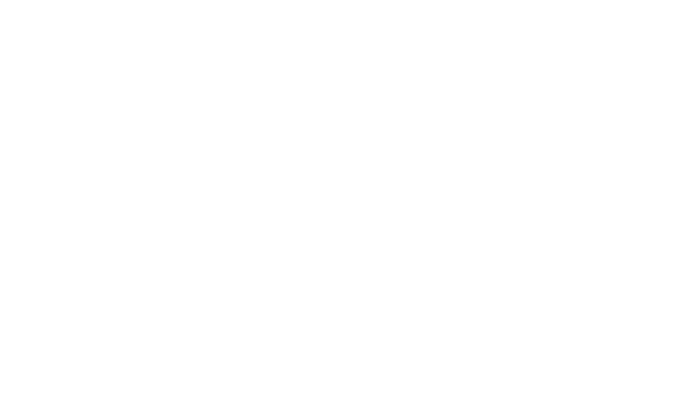 Configured to stand on tricycle-gear, the "A" model stands tall and proud. With a shock-absorbing elastomer nose gear design similar to the RV-10's, the RV-14A is a robust and solid platform.

The tip–forward canopy (the only canopy style available on the RV-14 fuselage) uses a new hinge arrangement that allows it to open wide for entry and loading baggage. It also allows complete access to the back side of the instrument panel and avionics connections. It’s even possible to stand on the ground next to the airplane and reach everything behind the instrument panel.

Speaking of avionics, the RV-14 includes a standard wiring harness that handles the usual electric basics: lights, fuel pump, flaps, trim, etc. The first RV-14 prototypes at the factory sport Dynon Skyview system and Advanced Flight Systems panels, but the standard RV-14 wiring harness will provide convenient plug-and-play expansion capability for several popular EFIS systems. A blank panel for those who want to develop their own panel design from scratch is also available.

The RV-14’s relatively long wing leverages the same proprietary airfoil that’s proved so successful on the RV-10. The wing is a constant-chord and constant thickness design, so it’s easy to build and completely predictable in flight. Large slotted flaps keep landing speeds low. Leading-edge fuel tanks can be removed without taking the wing off the airplane. Ailerons are controlled by rigid pushrods moving on bearings and bushings — a very low friction system that provides the control feel for which RVs have become famous. Leading edges and wingtips have provisions for landing, position and strobe lights.

Up front, either a 210HP Lycoming IO-390A or the 215HP IO-390-EXP119 engine with cold-air induction lives under the cowl and supplies plenty of power! A Van’s exhaust system designed for the application keeps exhaust noise relatively low, especially in the cabin.

The RV-14 structure is typical of all RVs — and most production aircraft, for that matter: a monocoque aluminum airframe held together with rivets. This design method has been the standard in aircraft construction for almost seventy years. It’s very difficult to beat the combination of light weight, structural integrity, simplicity, and affordability that aluminum provides.

Occupant protection is an important concern. A massive rollover bar spans the cockpit just behind the seats. Seats, belts, and harnesses are designed to keep pilots and passengers safely restrained.

The main landing gear is intentionally simple, consisting of tapered steel leaf springs with a wheel on one end and the airplane on the other. There are no oleos, bungee cords, or shock absorbers. The RV-14A’s nose wheel rides on a robust steel strut and the gear resembles the elastomer articulating design used on the RV-10. A tailwheel version – called simply the RV-14 – is also available.

The RV-14 cabin easily accommodates full-sized adults — in fact, the basic idea was to provide the room and comfort one gets in the RV-10 in a two-seat airplane. The results are impressive. Both seats easily hold people 6’4” or taller and provide truly comfortable leg and headroom. 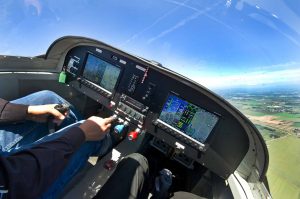 The characteristic that has always made RVs stand out, from the original RV-1 to the RV-14, is the way they handle and feel in flight. The famous “RV Grin” can be found on the face of any pilot who has just taxied up in one … the result of a flight in a truly responsive, agile airplane that goes exactly where you want it to — almost as if it is reading your thoughts. The RV-14 continues this tradition. It responds almost instantly to the pilot’s touch, and that response is predictable, proportional, and precise. It handles basic aerobatic maneuvers easily and gracefully. The structure meets the aerobatic category standards of +6/-3Gs when flown at the aerobatic gross weight of 1900 lbs.

RVs are known for short-field capability and the RV-14 is no exception. The generous wing area and slotted flaps allow the RV-14 to land at virtually any small airport. It is perfectly happy on grass, dirt, or gravel runways. If you can land closer to your destination, you can save a lot of time compared to traveling in “faster” airplanes that must use big paved airports a long way from your destination. Even at gross weight, the RV-14 can operate from very short runways and climb well at high density altitudes.

When many pilots say “performance,” they really mean “speed.” By our standards, the RV-14 is quite a fast airplane (especially when powered by the IO-390-EXP119), but speed is only part of the story.

The RV-14 derives its high cruise speed from a light, clean, and fairly small airframe, rather than from a big, consumptive engine. This means the airplane will not only cruise at relatively high speeds, it will also cruise at lower speeds quite economically. Many pilots often choose to cruise at 50-55% power and take advantage of the economy available in that range. At 175 mph, the RV-14 achieves better miles-per-gallon performance than most of the luxury cars and SUVs it is flying over – and it gets you there much quicker!

The RV-14 really comes into its own as a sport-touring airplane. The power and the wing allow a fully-loaded RV-14 to cruise at altitudes that easily clear any terrain on the continent. The wide cabin and large instrument panel give occupants plenty of room and information. With a full fuel load of 50 US gallons, you’ll still have 510 pounds for people and baggage — in other words, two 200-pound people can take 55 pounds of baggage — each! Better yet, you won’t have to leave your pocket knife or shampoo at home…

Pilot workload is low and relaxed because the airplane responds quickly and positively to small control inputs. It’s not the least bit “twitchy” and doesn’t require constant attention to maintain heading or altitude. Cruising at 70% power and 190 mph, you’ll cover about 1400 nautical miles in eight flying hours with just one stop for fuel. At economy cruise, it can do thousand-mile legs if you can! A long trip in the RV-14 can be positively relaxing.

The RV-14 kit has the full benefit of improving based on our experience gained through the other RV kits that have come before. The RV-14 entered the world firmly establishing new standards in completeness and accuracy. With these improvements, many builders have completed RV-14s in significantly less time than our other ‘driven-rivet’ RVs – some even in less than one year! All of the aluminum components are formed and pre-punched with all the rivet and bolt holes already in place and final-sized. The “matched-hole” punching technology makes the airframe essentially self-jigging: when you insert cleco clamps and all the holes line up, you know the airframe is straight. As with all other RV kits, all welding is complete. Wing spars are delivered fully-assembled and ready to install. The canopy structure was the focus of considerable design effort on the RV-14. It installs with much less effort than any previous RV.

Fully designed wiring, avionics and engine installation packages are available that dramatically reduce the time spent on those traditionally time-consuming tasks. Quick Build (QB) kits for the fuselage and wings are available, or you can choose to build it all yourself. For either kit option, you’ll need a shop about the size of a two-car garage, an air compressor, bench grinder and a set of aircraft hand tools like rivet guns, dimple dies, etc.

Depending on the options chosen, a completed, flying RV-14 airplane can be finished for around $90,000. Kit prices and lead times are available on the current pricing page. Order forms can be found here.

The RV-14 and RV-14A have proven to be a great addition to the RV story — adding new capabilities and features as well as a modern, friendly kit to what is already the most successful line of kit aircraft in the world!