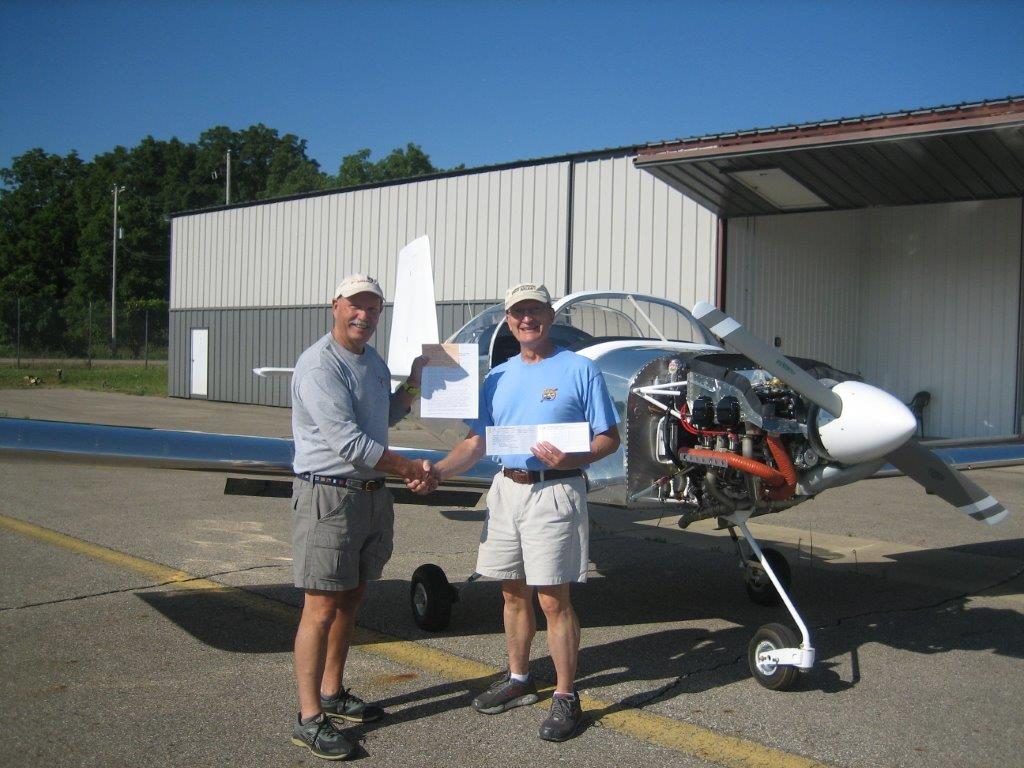 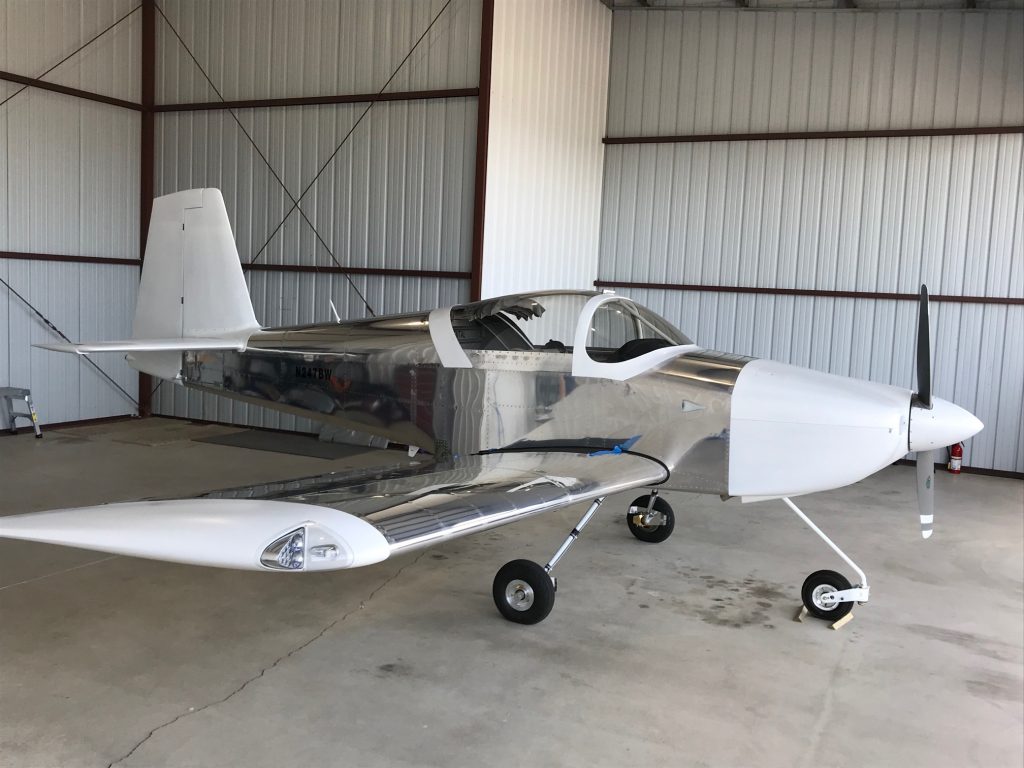 Congrats to William Wilson on the first flight of his new RV-7A!

After 7.5 years my RV-7A project has officially become an airplane as N247BW. Airworthiness inspection was performed on 8/2 by Ted Gauthier. The inspection went very well and I found the experience quite enjoyable.

Immediately after the inspection was completed, all of the inspection covers and engine cowling were installed and N247BW experienced its first flight. What a day it was.

The first flight was conducted be Dave Hull, a retired Air Force/National Guard pilot that also built an RV-7A himself. Dave reported the plane flew very well. The right wing was slightly heavy, but could easily be addressed once we get a little more time on the airframe.

N247BW is equipped with a Lycoming IO-360 M1B and a Sensenich fixed pitch propeller. The avionics includes a full IFR Quick Build panel from Advanced Flight Systems, utilizing (2) Dynon 11” HDX EFIS screens with an Avidyne IFD540 for the certified GPS.

It is a true pleasure to fly.