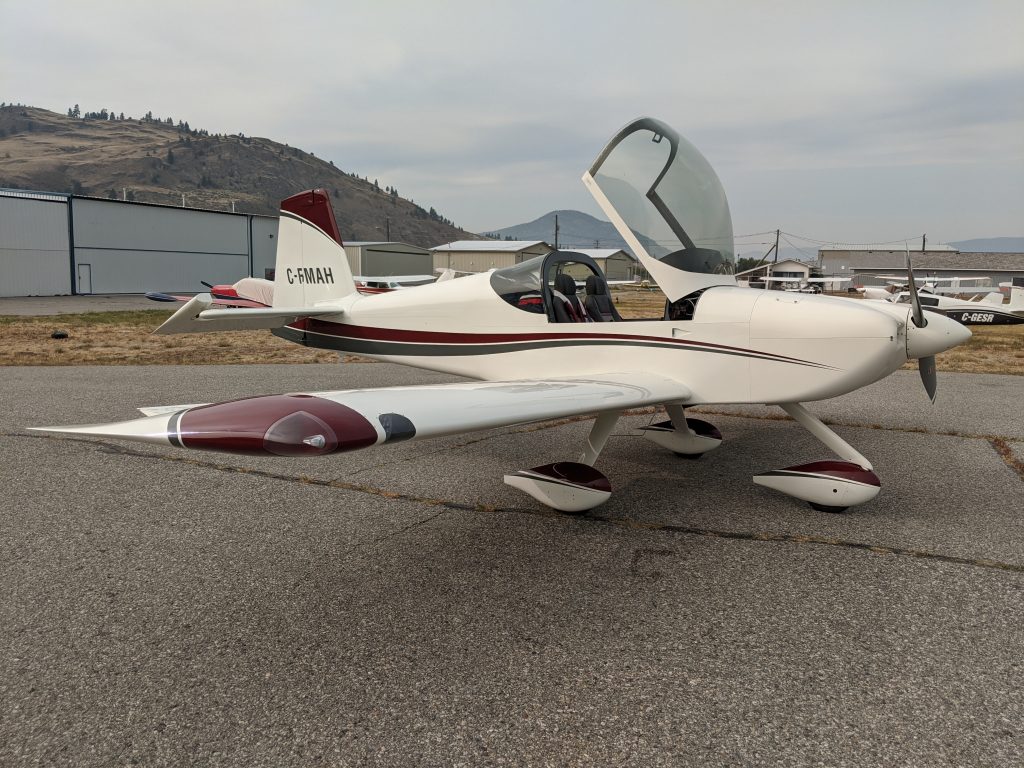 Congratulations to William on the first flight of his RV-14A! He writes:

Sorry it took so long to report first flight. First flight was on March 1st, 2020. This plane flies beautifully. Thanks to the guys at Van’s for a great design and particularly Scott McDaniels for every post he has ever written in Van’s Airforce Forum. There are many individuals that deserve mention. My friend and builder, Curtis Fogal, who did all the heavy lifting on this project, including the test flight, is an outstanding craftsman. I am grateful for his friendship. My bride of 48 years agreed to travel to the Van’s factory just before Christmas in 2017 and agreed to sit in airplanes. She graciously gave me the thumbs up for the RV1-4A after “test sitting” in each Van’s factory airplane, and the kit was ordered. A wonderful Christmas present for me. During the build process, we were fortunate to travel to Oshkosh, where we met a fellow RV-14A driver Greg Novotny and his bride, who provided experience and insight during the build to myriad of issues. We still keep in touch by email. This is a great community. To the guys that hang around the hangers at CES4 and particularly my first instructor, Dan Pandur at Snowbird Aviation, always lurking around with suggestions and help when it is needed. Finally to Gord Welsby, a 20,000-hour pilot and former RCAF aviator, instructor, and examiner who was instrumental to my training and transition to this airplane. He continues to pass on his special knowledge. He is outstanding. To Alan Mahon, a fellow RV-14A driver in Eastern Canada (and probably a long lost cousin) and currently the head of MD-RA Canada for his timely assistance and feedback. This is a special community. Finally to my Dad, a former RCAF Pilot officer who flew Wellingtons during WW2 . When he finally told the family his story of aviation, he lit a flame in me that will never be extinguished. Thanks Pop. RIP.