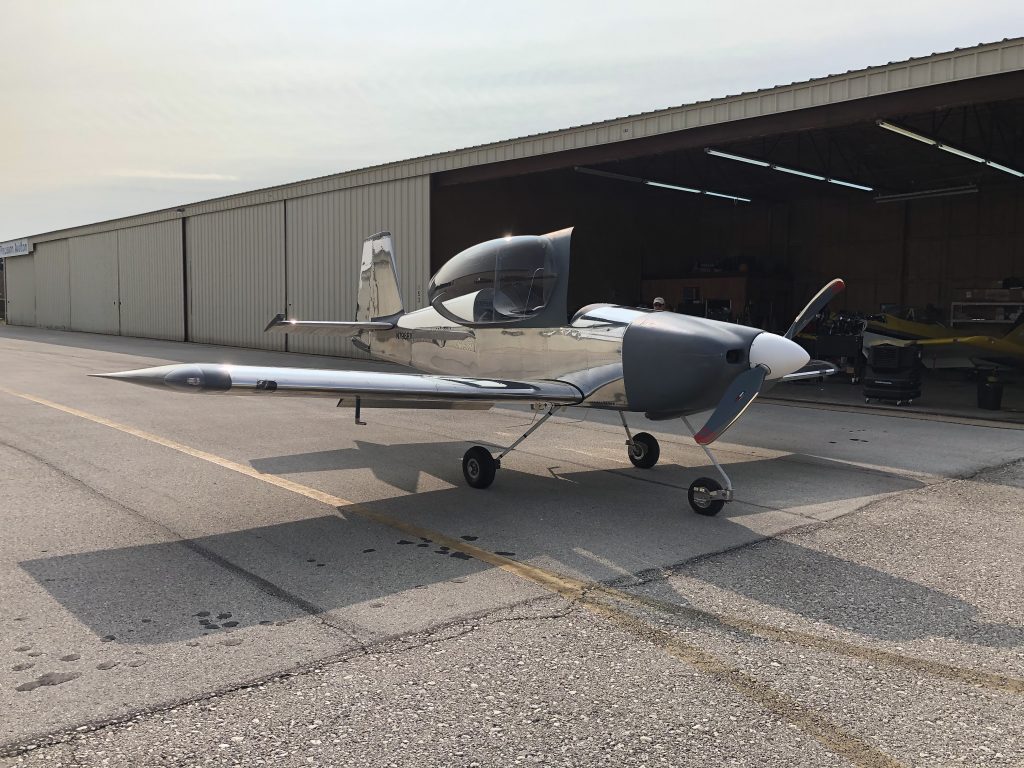 Congrats to Walter, who writes in to report:

After a six year build the RV-8A was ready with a fresh pink slip from Mel Asberry. The pilot was made ready after several hours with Mike Seager in the factory RV-9A. The takeoff roll seemed very short as the IO-390 and 74 HRT prop decidedly pulled the plane into a calm cool sky over KGKY for a half hour racetrack flight. The flight was fun, uneventful and the landing was pretty fair. De-cowled and found nothing amiss and no leaks. She flies so well.

I was initially slightly concerned that I would be flying an RV-8A for the first time, with centerline seating, left hand throttle, right hand stick and a new Garmin panel. To date, all of my flying has been from the left seat. Those concerns were unfounded, exactly as Mike stated they would be.

Thanks to my Dad for helping on the build, Richard Van Grunsven for creating such a wonderful time machine, my wife for her patience and love, and the big guy for keeping me safe. Big RV smile for the second time.