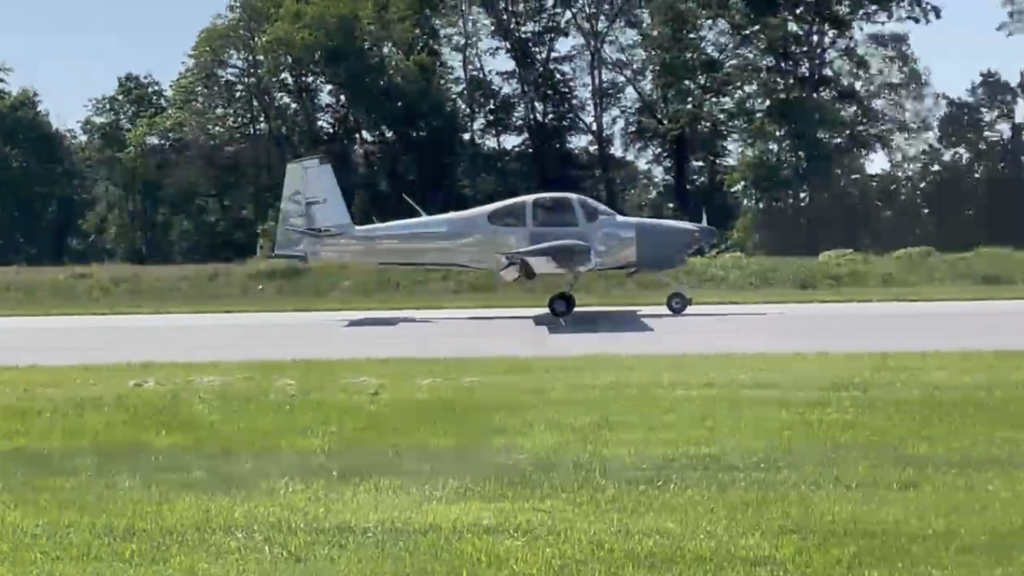 Thomas wrote in to let us know about the recent completion of his RV-10:

For first T/O held it on the ground until 87 kts indicated airspeed. Climbed to 3000’ began circling the field at 24 in-Hg and 2400 rpm (MP and Tach). Noted CHTs were running over 400°F backed off to 23 in-HG and 2300 rpm. CHTs reduced but #1, #2, #5 and #6 remained above 400°F. After several circles over the field executed power on stall. Hit softly at ~61kts. Slowed to below Vfe, extended full flaps slowed to 75kts executed stall in landing configuration. Stall broke with a slight buffet on the elevator and light right wing drop. Retracted flaps and returned to circling. After 30 minutes in the air, began decent to pattern altitude of 1400’. Reduced speed to <Vfe deployed full flaps and trimmed for 75kts entered the downwind after circling for traffic. Executed a “U” turn approach from downwind to base and final. Landed a bit flat but no bounce and rolled out to make the first turnoff. Opened door with a big grin on my face to be greeted by my wife and friends. Returned to hangar and removed cowl. No sign of any leaks. A great day!