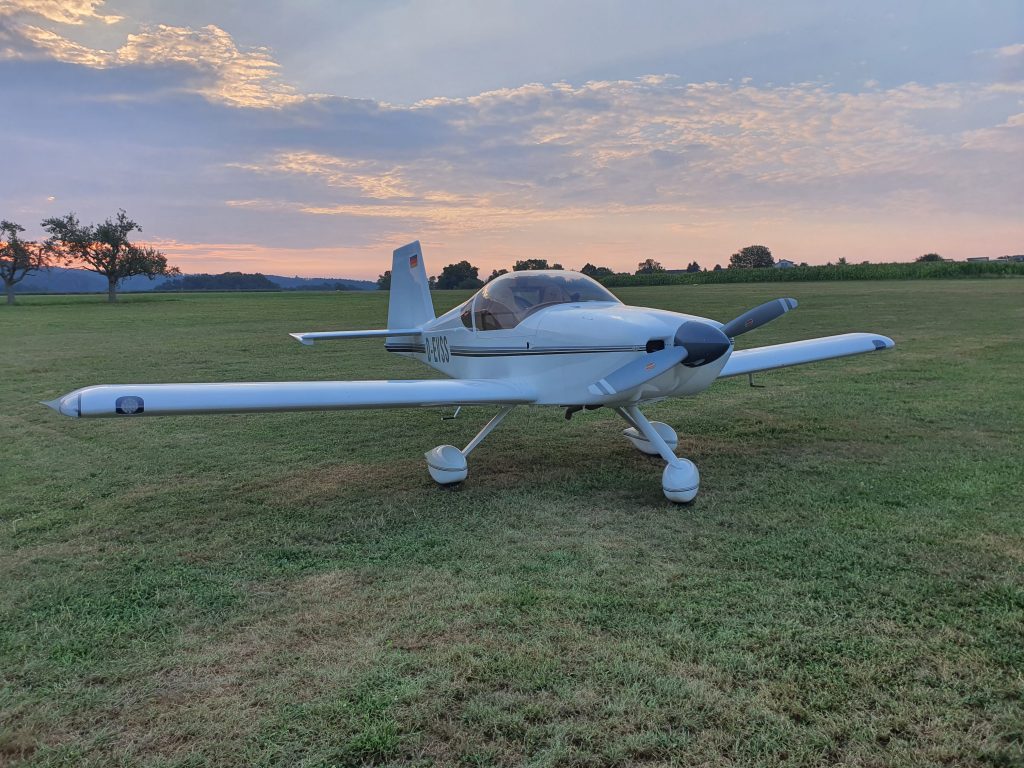 Congrats to Stefan, who recently built his third RV, and his second RV-14A! He writes:

I can‘t exactly explain what went on in me… that made me build a third RV.

It was probably a number of different reasons, for example people like Daryl Sahnow (top sales man from Van‘s, now retired and still a very good friend of mine), Earl Ferdinand von Plettenberg who bought my RV-7A, Friedemann Kirschstein who bought my RV-14A… All fantastic people.

After my RV-7A, which took me three and a half years to build, completed in 2009 I told people I‘ll never do that again!

Never say never… During the exhibition Aero in Friedrichshafen, Germany where I have worked as a volunteer for Van’s since 2009, I sold in 2016 my RV-7A to Ferdinand. A week later I jumped into the next plane to Oregon, flew and ordered a RV-14A. Finished in 2017 again at Aero in Friedrichshafen same story again. At this point the plane hadn‘t completed testing nor did it have a permit, this meant I had to fly for a few months with my DESSR until Friedemann the owner could get my new RV-14A DESSR.

In 2019 I built my next RV-14A DEVSS which took me about nine months until it was ready for painting. On August 4th I had my first flight, as you can imagine I was slightly nervous, and hoped that everything would work as it should do. It did, 🙂 of course, just like we can expect from a RV from Van‘s.

Now after six weeks I‘ve done round about fifty hours of flying and my smile continues, as it would with every other aircraft builder.

Now after all my ups and downs are out of my head, many new ideas have developed during building…

You never know, I might just build another RV in the not too distant future…