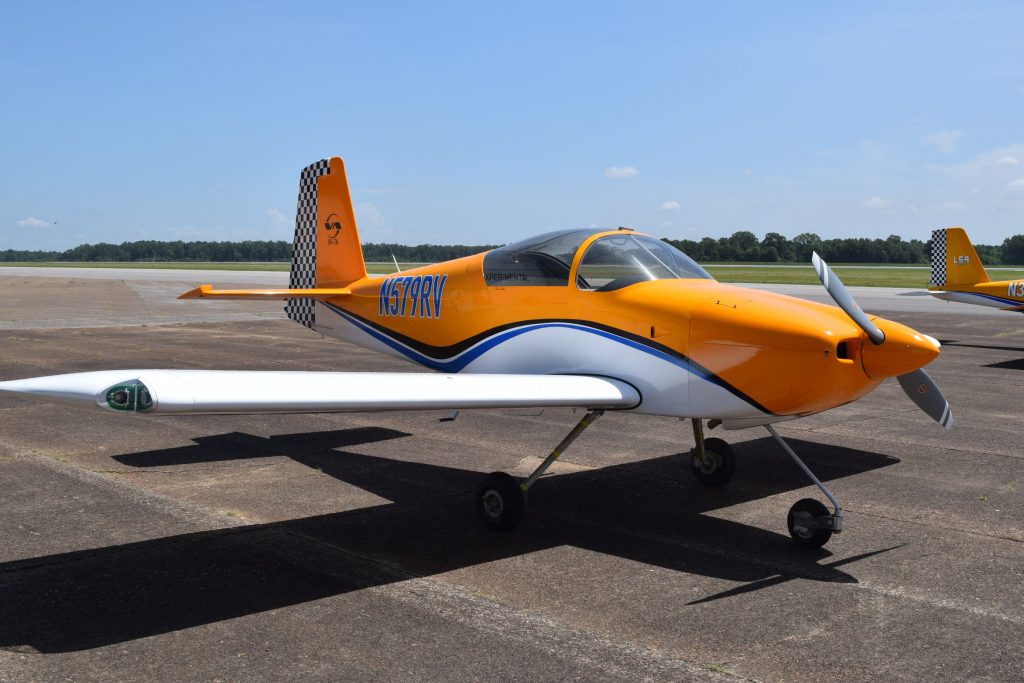 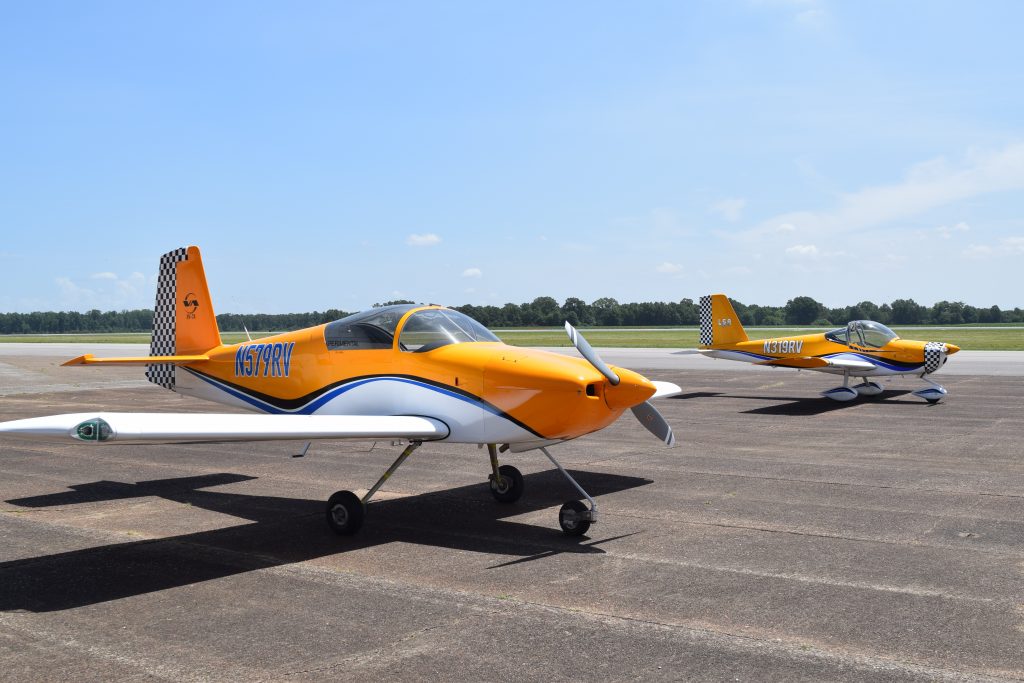 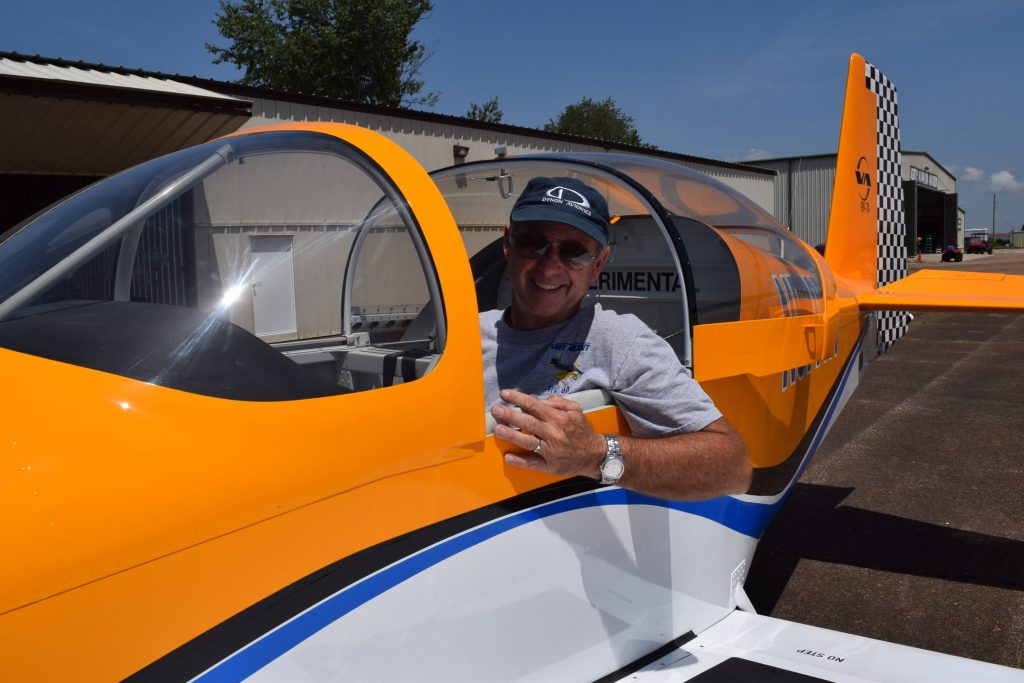 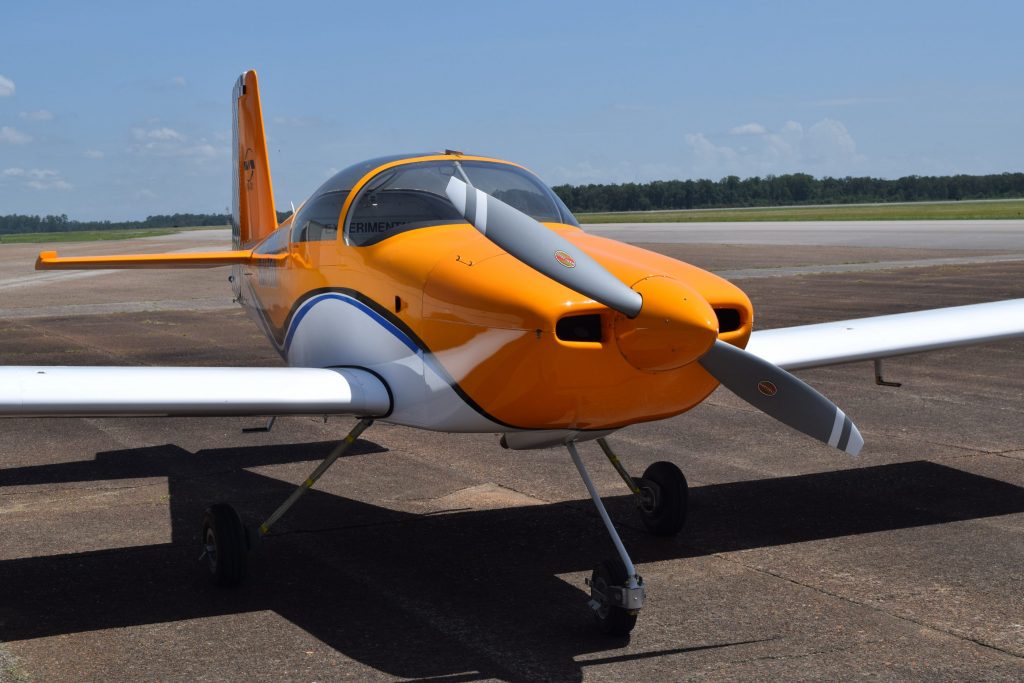 “I previously built several RVs with my last build a RV-12 E-LSA. I finished this plane with dual Skyviews, a Lycoming IO-360 and Hartzell CS prop. I painted it with Polyfiber Aerothane with vinyl accents. Since I had not flown other than LSA for a few years I got transition training in a RV-7A. Today I flew my RV-12 first for practice. Everything seemed right for the 7’s first flight. Even with some nose down trim I was still surprised how quickly it lifted off, well before full throttle. I climbed over the airport to 4500′ and spent an hour at 75% power breaking in the new engine seeing 150 knot ground speeds even without wheel pants. Some slow flight, flap operation and approach to stalls before descending to the pattern. Did a typical approach with a go around to feel the plane out and then an uneventful landing. A few minor squawks to take care of and then on to Phase 1 testing and then going places at a faster pace.”