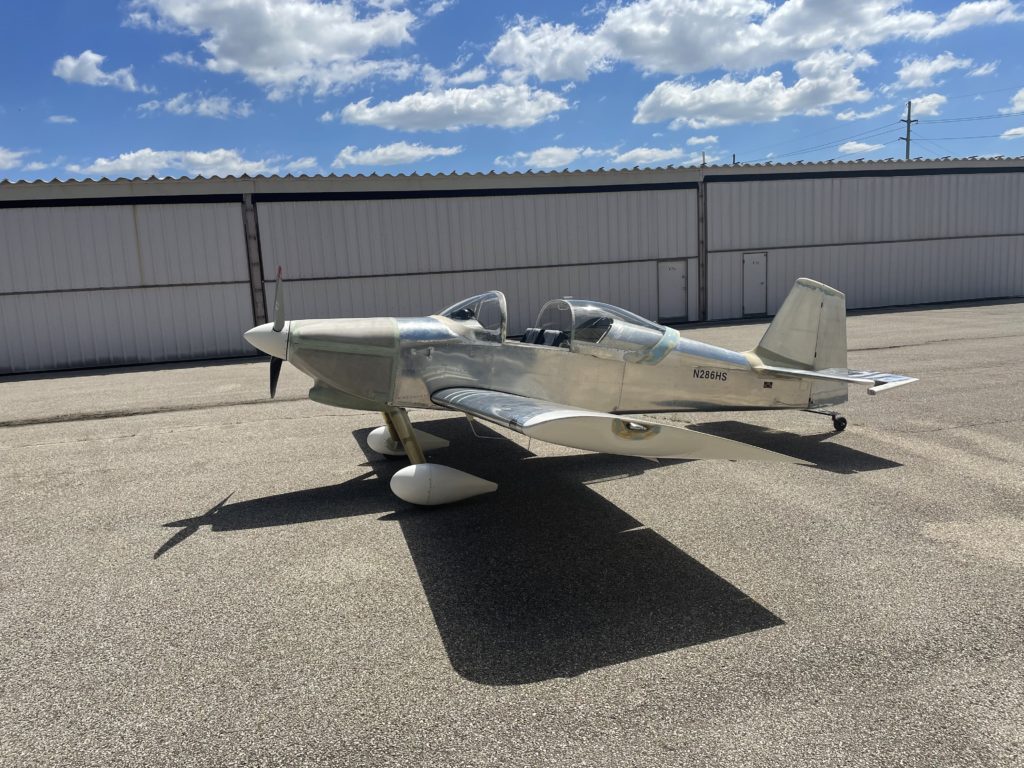 Congrats to Scott Hersha, who finished and flew this new RV-6! He writes:

I built this airplane from a used kit that was started in 1992. I’m at least the third builder (probably more), and I purchased it from a young man in Oregon who is a Van’s Aircraft engineer. He (Taylor) had it for about 2 years, and did some impeccable work on it. It was past the QB stage when I bought it, so the 14 months it took me to finish it had to do with my attention to detail… and my age. This is my 4th RV build – and my last.

The first flight, today, Aug 31, 2022, went as planned. I had a hot cylinder (O-360-A1A) on takeoff, so I climbed gradually to increase speed. At about 135 knots the #1 cylinder started to drop from about 424, and settled at about 400 for a little while at a high cruise power setting. It eventually came down to around 395 after about 30 minutes. The other cylinders never got above 390, and eventually settled to 350 – 380 within 30 minutes. Everything else was great. I have a slightly heavy left wing and I’ve adjusted my left flap setting to see if that helps. I’ll find out tomorrow. I’ve also cut down the #1 cylinder baffle plate to see if that helps with the hotter #1. I’ve made two flights today, and both landings were as expected. The second one was a 3-point at a very slow speed — less than 60 knots, and very controllable, also as expected.