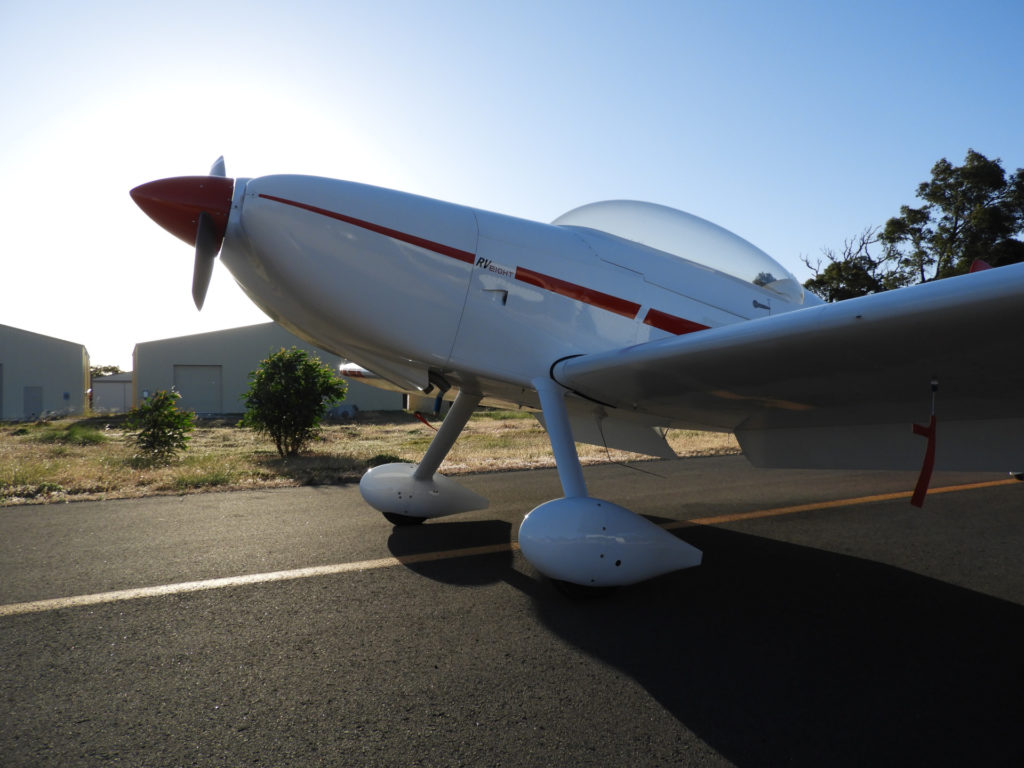 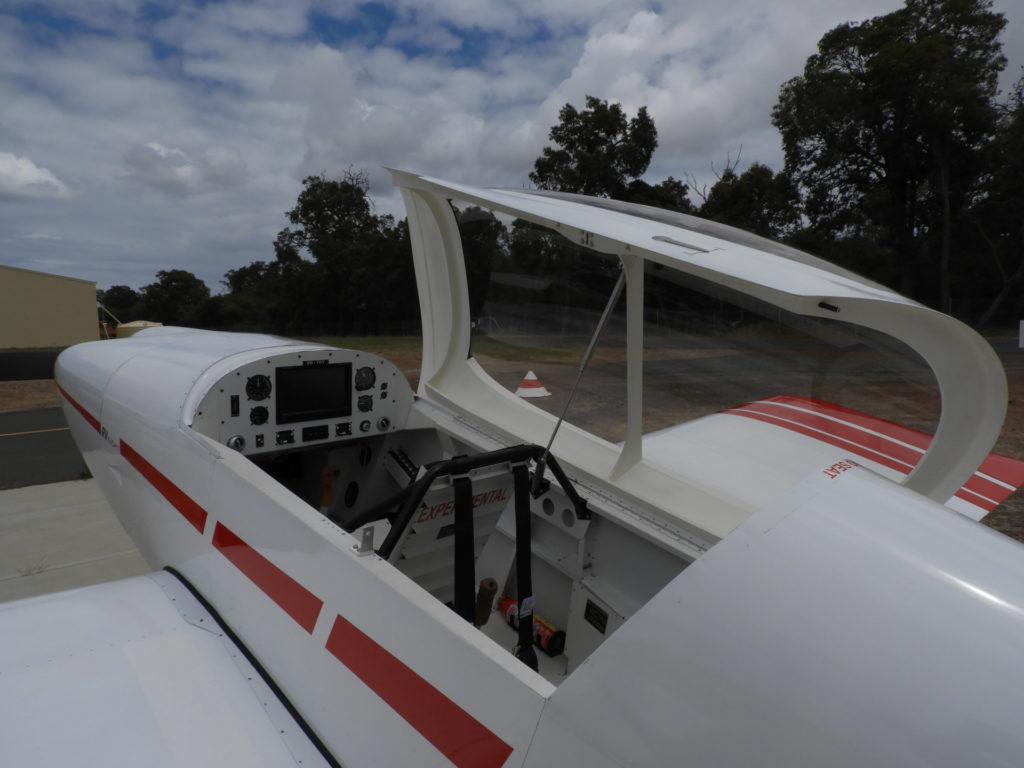 RV-8 (Builder No 83012) left the ground on 21 November 2018, around 8 years after being delivered in 5 crates to my shed in Western Australia. It is a standard slow build project apart from the Showplanes Fastback modification. Power from a Lycoming IO-360 with Sensenich fixed pitch prop. Instruments via Dynon Skyview with a number of standby analogues.

Test flying by Paul Simmonds-Short who tells me that it flies right on the numbers.

Thanks to Van for making it possible for people like me to own an aircraft like this. Thanks also to the crew at Van’s for the advice and support along the way.

Thanks also to my TC, Terry Doe who aimed me in the right direction from the start and to Paul for having the right stuff to do the testing – including a trip to Vne and to +6g.