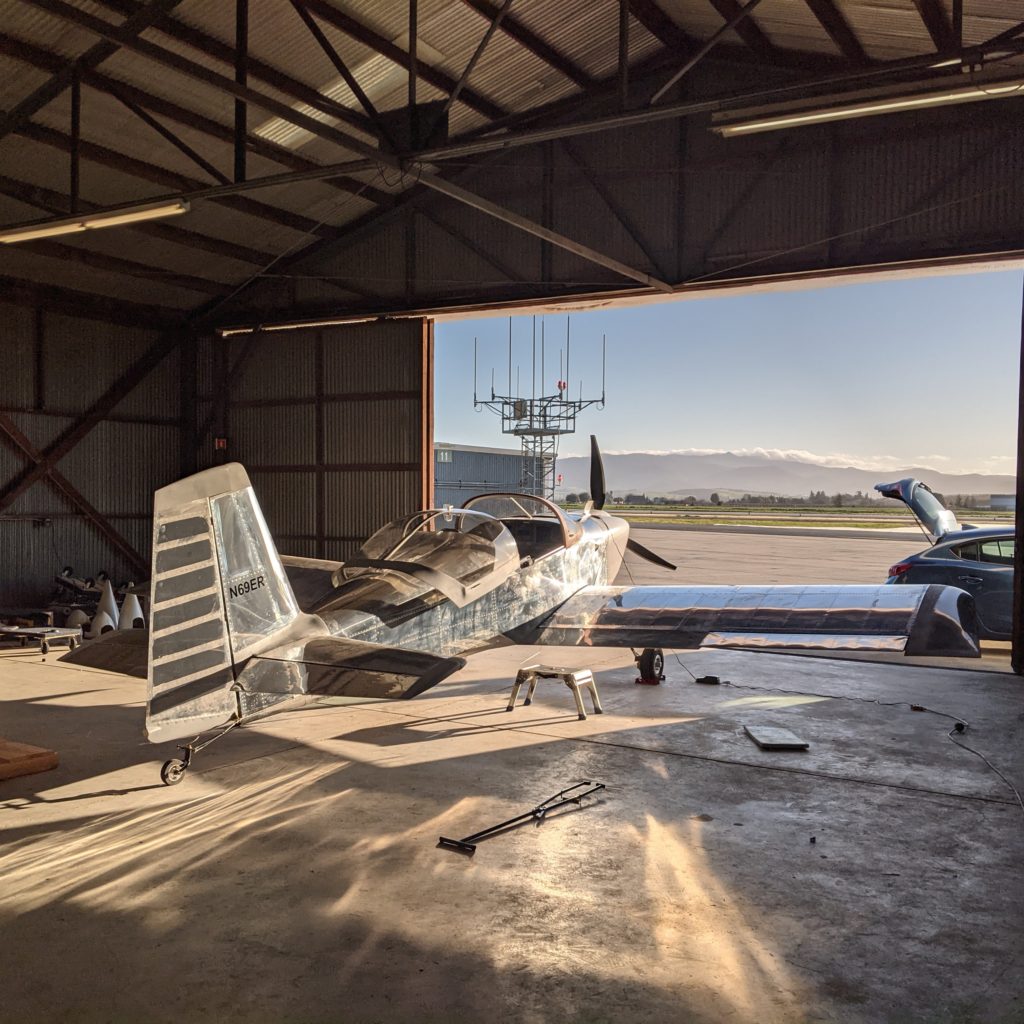 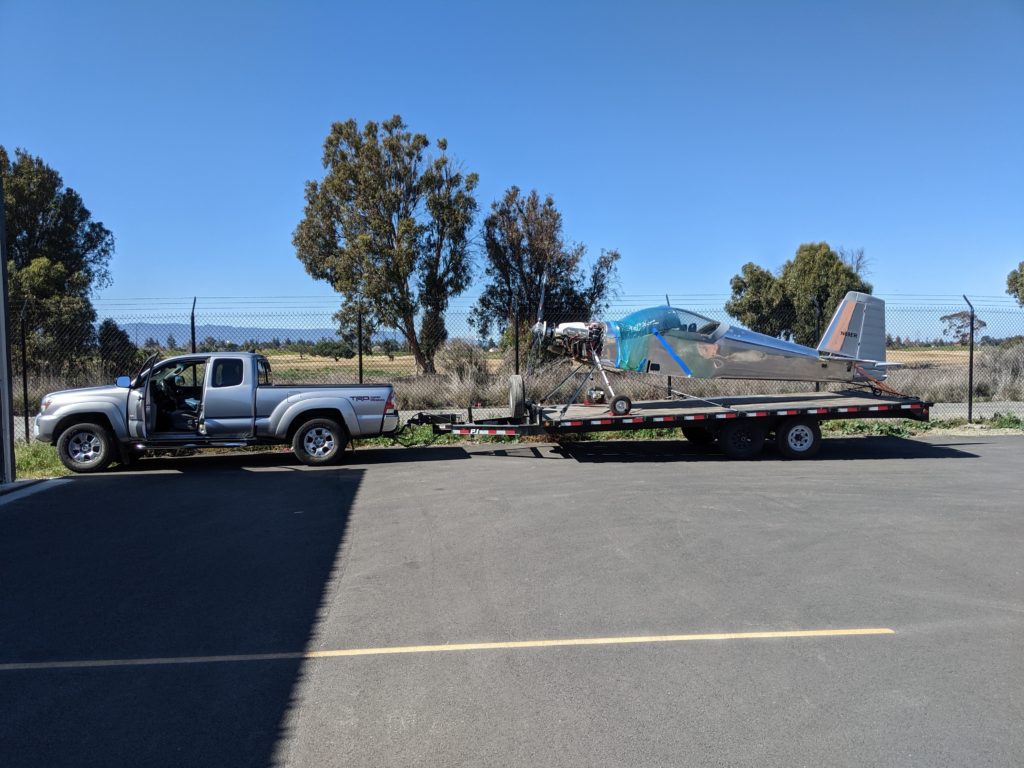 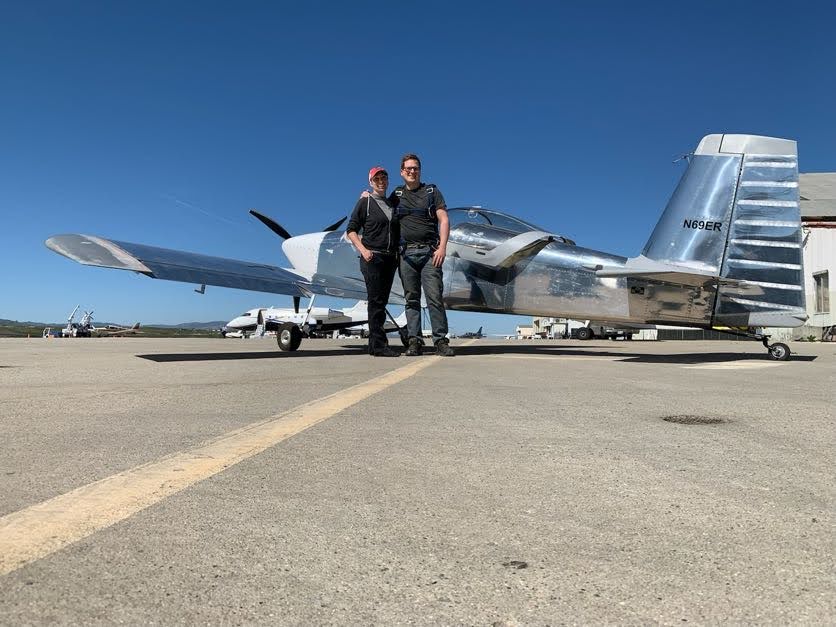 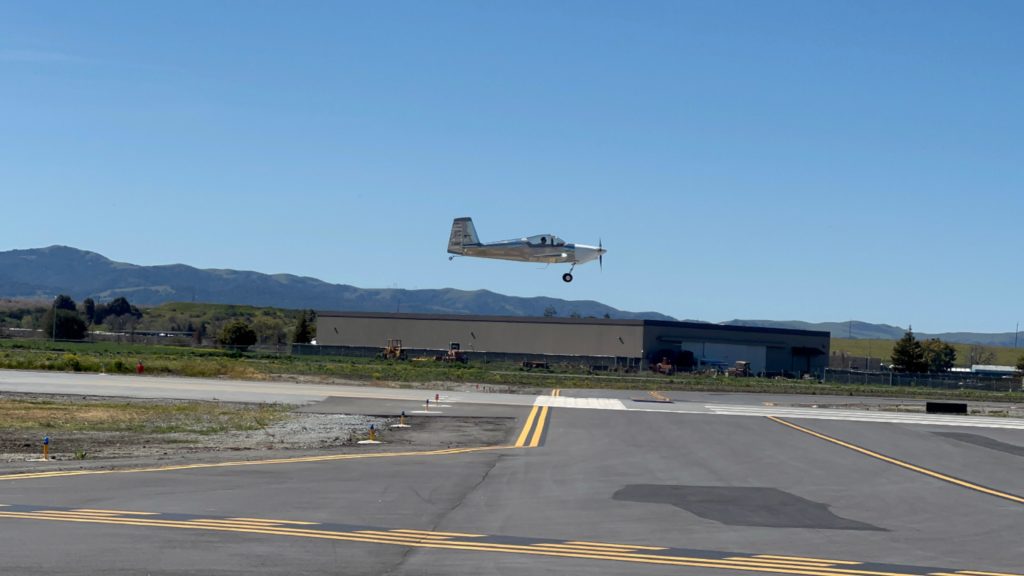 Congratulations to Paul and Kacy on their new RV-7! Paul writes:

Kacy and I purchased our RV-7 kit just before the pandemic hit while we were both in New Zealand, her for work and myself for leisure. Work from home allowed me to sneak into the garage between meetings to keep the pace high during the build. Almost exactly 2 years after starting our first prep work and over 1900 hours later, our QB RV-7 had its first flight. 99% of the work was completed in a 2 car garage, then trucked to KPAO and assembled for the airworthiness inspection before being torn back apart and trucked to Hollister for first flight.

Our longtime pilot friend volunteered to be a chase pilot, but the only aircraft available was a Citabria. After a long warm-up on the ground, I took off and met up with an already circling chase plane around 5000 feet. The RV doesn’t like to slow down to Citabria speeds, but after a few minutes we completed a clean and dry check. After the clean and dry, I climbed up to 8500 feet, settled in at 23/2400 and settled into a NASCAR pattern to let the engine break in. With the nice tailwind, we saw over 200 mph groundspeed on the first flight (without wheel pants or gear leg fairings).

Now we’re settled in for 40 hours and hopefully up to the paint booth next month.