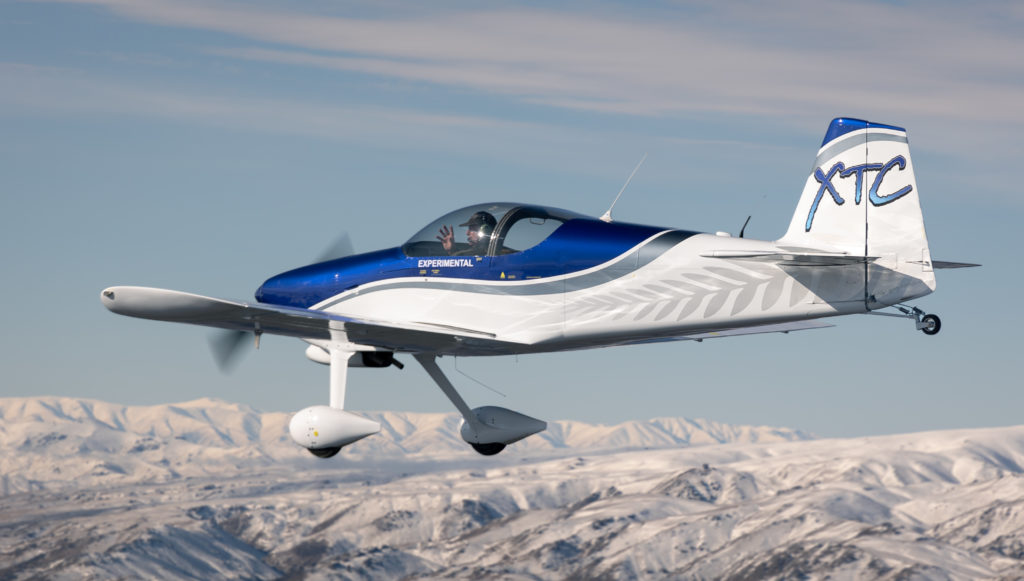 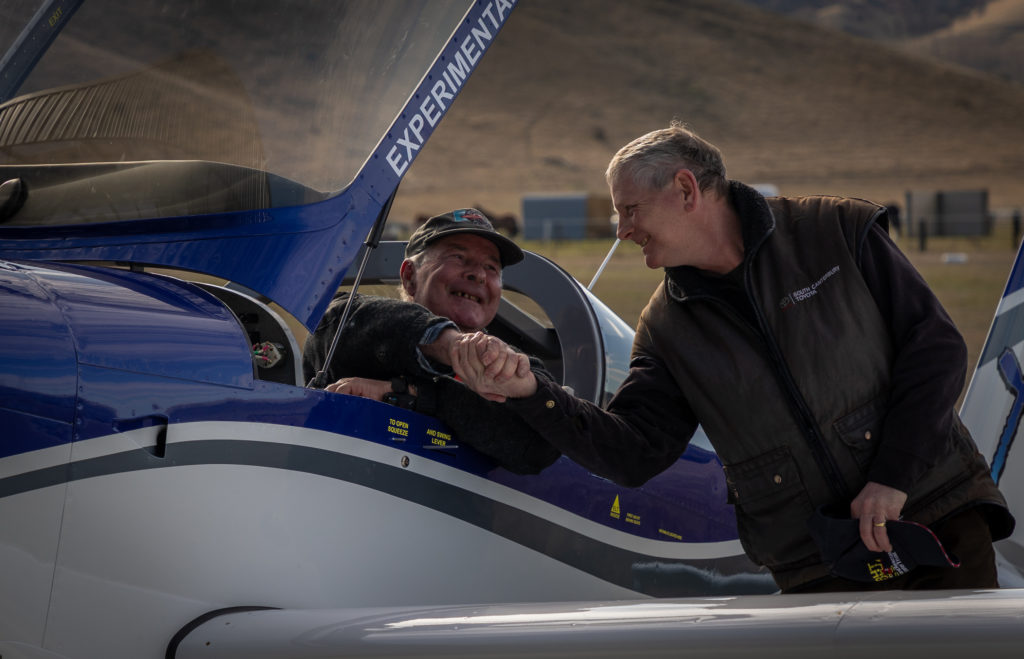 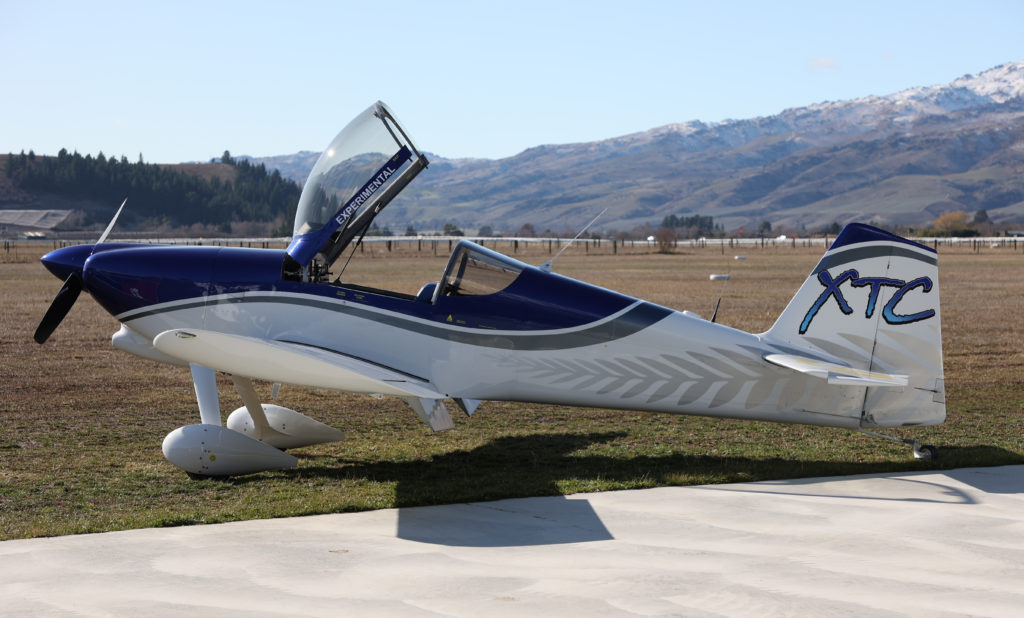 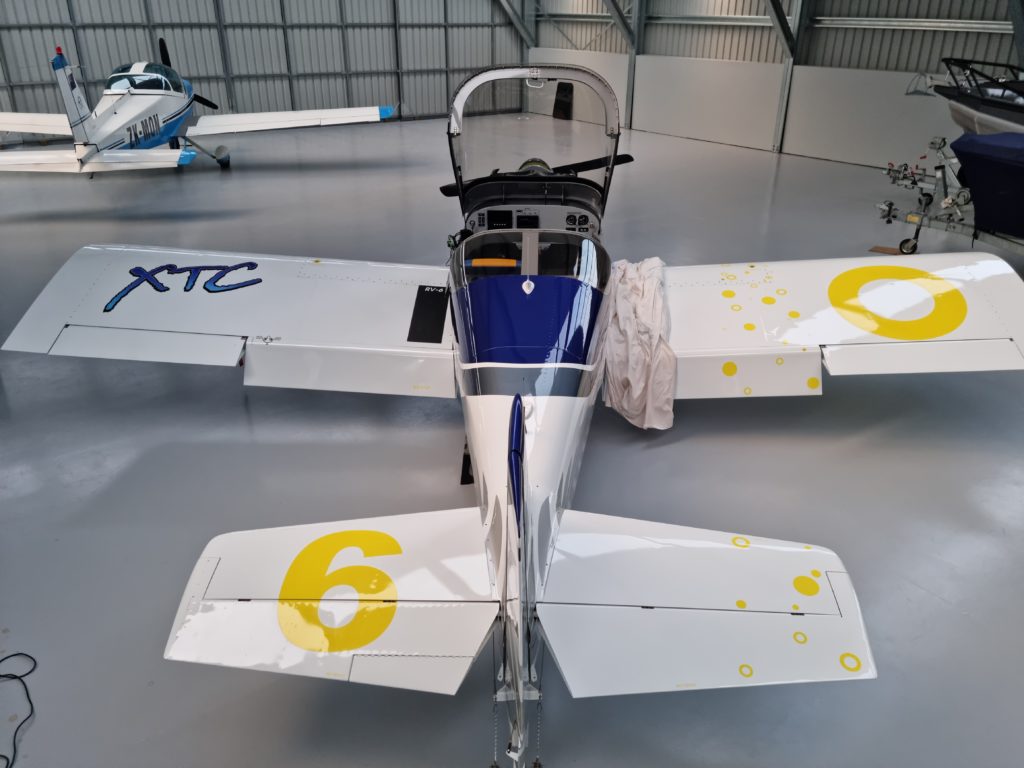 Congrats to Mike Evans on the successful long-haul build of a beautiful bird – He proves that there’s not really such a thing as too many years! He writes:

I have been waiting far too many years to write this email (27 years and 5 months) however it is my pleasure to inform you RV-6 S/N: 23173 has now flown and can now be counted among the many thousands of others giving joy to pilots around the world. Sam Chartres (RV-6 ZK-SRV) did the honors of the maiden flight which lasted 1.1 hours over Cromwell and Lake Dunstan. Aside from a typical heavy left wing which is easy to rectify there were no other issues.

The aircraft is powered by a Superior IO-360 with a Performance Airflow fuel system, turning a fixed-pitch Sensenich 72″ metal prop. Dual GRT EFIS and a basic Garmin VFR COM/GPS/XPONDER suite fill the panel. There are lot of hidden innovations on this aircraft and while it was a little heavier than I had hoped at 1116 lbs the C of G sits at 72.19″ so its going to be a great utility aircraft.

It feels great to have finally achieved the end-goal and while the list of those who have helped is long, I cannot go without recognizing this project took huge commitment from my wife (Lord help me if she every adds up the invoices!) and children, Nicholas and Mikayla. I’m very grateful to have been given the opportunity and resources to to complete it. A huge thanks must also go to Sam Chartres who has provided me with an even keel when the ship was rudderless and whose experience and professionalism resulted in a successful first flight. It was great to share the “RV GRIN” equally between us.