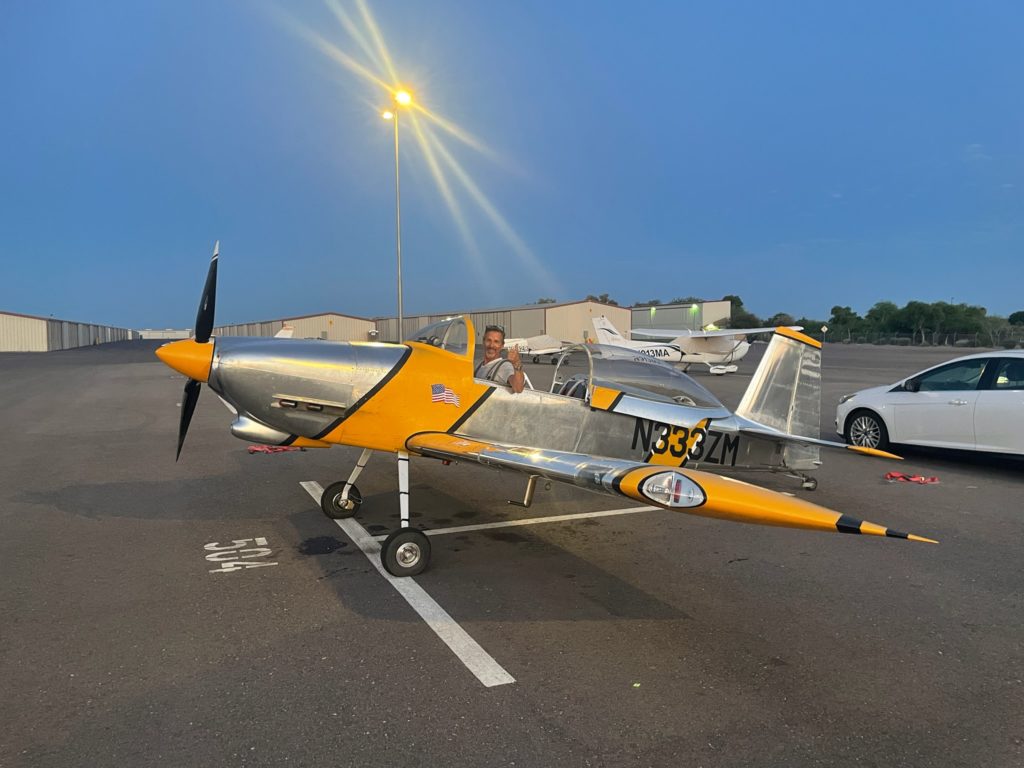 She is airborne and flying like an Eagle! I am so happy I got this kit done and ready for the first flight.
I am very happy with the results. It took me 2.5 years to get done. The delay was due to PPL re-certification. First flight the weather was perfect! Clear skies, winds calm. Got to the airport at 4:00. Done my checklist really slow and carefully. Hop on the craft by 5:00. Kevin and Jason got there to support me in case needed anything. I made a careful plan on how I would proceed for my very first flight. I planned on taking off on 22L and going for a RWY speed run, if I felt the plane was all right I would take off, if not I would abort. I took off 5:15 here in CHD with 10 degrees flap. Tail when up in no time, accelerated to 80 kts quickly, it was stable and strait and it took off “itself”. Pulled flaps up and boy! It just climbs really fast!. Coming from a Cessna? LOL. WOW! This thing CLIMBS! by the time I was pulling to Crosswind The plane was at 2750′! I then had to fight to slow down! She wanted to GO GO GO! I orbited around the airport for about 15 minutes and decided to land. At the final, put 20 degrees flap, and what a sweet landing! No issues whatsoever. My heart was in my mouth! BUM BUM BUM BUM! LOL. Super happy with this project! FANTASTIC airplane!