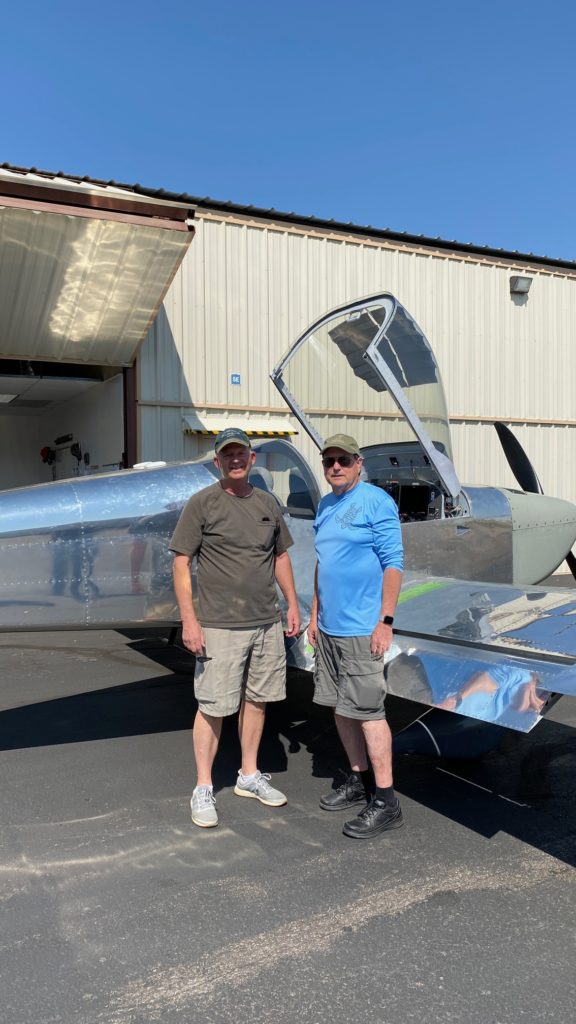 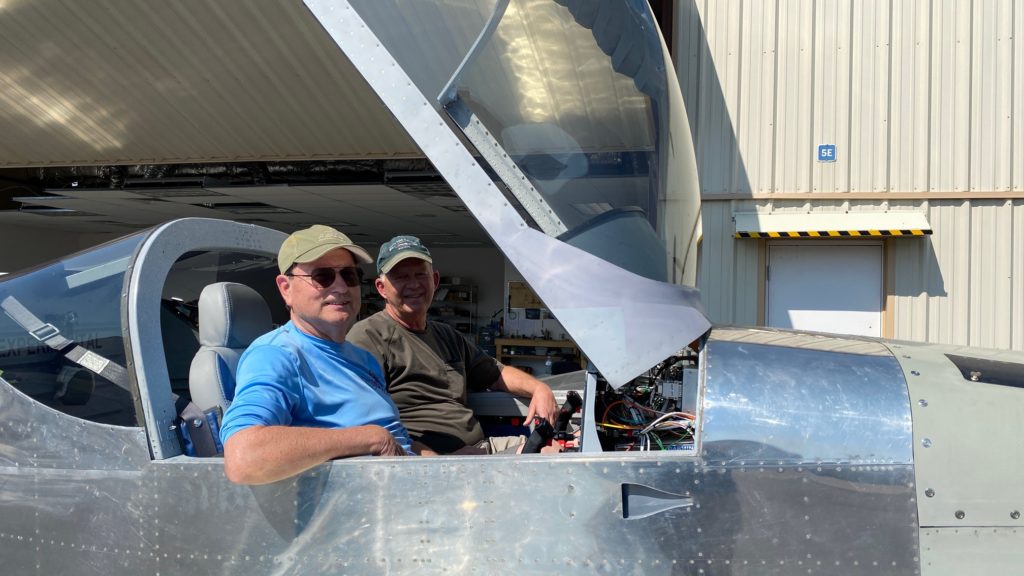 Lee and Cliff wrote in to let us know about the recent first flight of their RV-14A:

After a gear up landing in a rental Piper Arrow due to a maintenance error (actually series of errors) Lee decided enough is enough and order the first kit for the RV-14 in December 2012. Lee toiled away in his garage building the plane with some assistance from his son Jonathan and a few others, reaching the infamous 90% stage for the wings, empennage and fuselage kits. In June of 2018 Lee convinced his newly retired flying buddy Cliff to join in the “fun” of building an airplane! Cliff and Lee were joined in the build process by Gary Anderson, who brought much needed mechanical skills (also retired). The trio continued working in the garage until September of 2019 when the project was moved to a hangar at Denver’s Colorado Air and Spaceport (KCFO). Engine and avionics were delivered and installed during 2020 (while masked!), DAR inspection occurred on 28 December 2020 and the plane was ready to fly in early 2021. During the last phase of the process the trio were joined by a gregarious young airline Captain Matt Ringen. Matt brought much needed skills and youth/flexibility to the team along with superior insight about how the avionics are supposed to play together!

First Flight was on 26 February 2021 and was conducted by a good friend and homebuilt aficionado Ferdinand de Sousa. Other than a few minor squawks the flight was flawless! Cliff got to fly the plane on 27 February, Lee had to wait until 20 June due to medical certificate issues. For pilots used flying 172s, the acceleration, airspeed and responsiveness to control inputs are hard to describe but fantastic to experience!