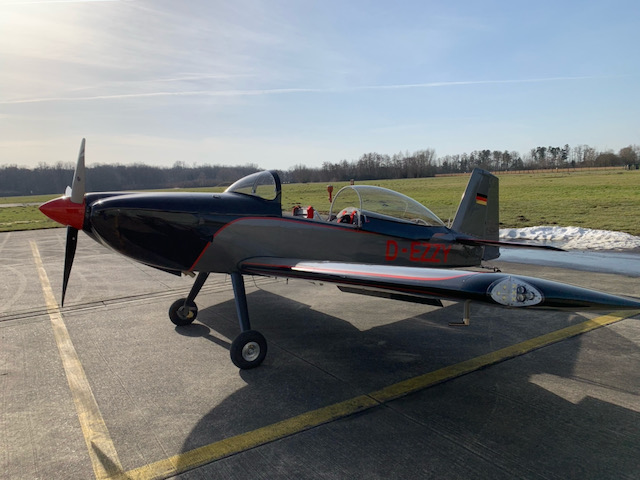 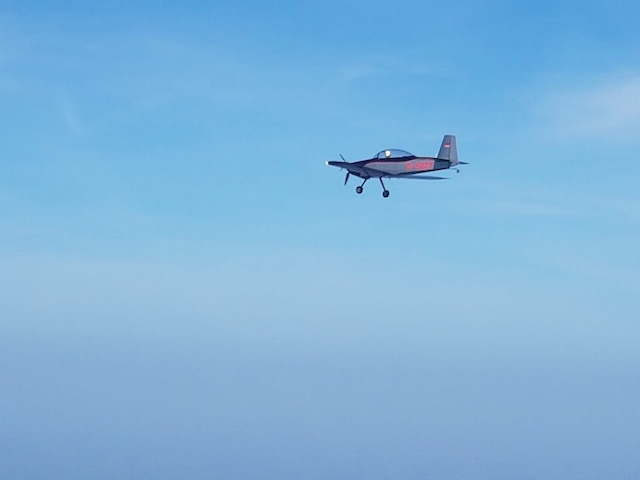 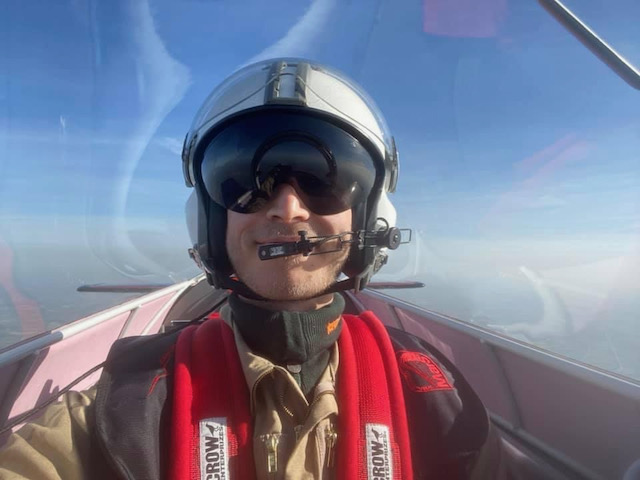 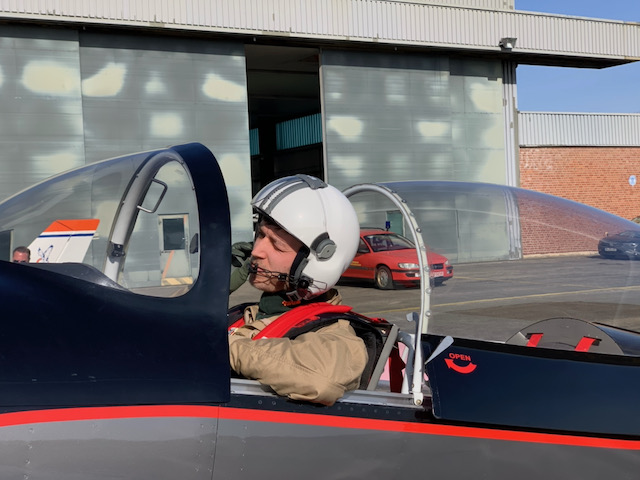 Karsten wrote in to tell us about the recent completion of this beautiful RV-8:

Can’t believe it: A lot of metal-parts turned into a real airplane! Starting in 2011 building the empennage kit with an experienced builder the foundation was set in stone. A lot happened but we never gave up. Marvin started flying gliders in 2008 (13 years old). He got aerobatic experience in gliders and became a professional pilot. Never flown an RV. Yesterday he claimed to me: “I slept well, feel good and I am ready to make this beautiful plane airborne.” Just one week ago we got our permit to fly. We did one last inspection and everything was ready. He made three short take-off-runs for ground handling and there we were: now or never. I was so nervous but it all went on uneventful. Marvin pushed in the gas and a few moments later he was airborne. A friend of ours escorted Marvin with his Pioneer 300 for safety (and nice air-to-air-pictures). After 40 minutes he landed as if he had flown this airplane 1000 times before. He reported that everything worked fine and the inspection after this flight showed no leaks or other problems. What a great airplane. Thanks to everyone at Van’s for producing such a great kit and all the guys supported us on our journey and helping us to make it. A special thanks to my wife for letting me do such crazy things like building an airplane. Now an RV-grin would become a part of our life.