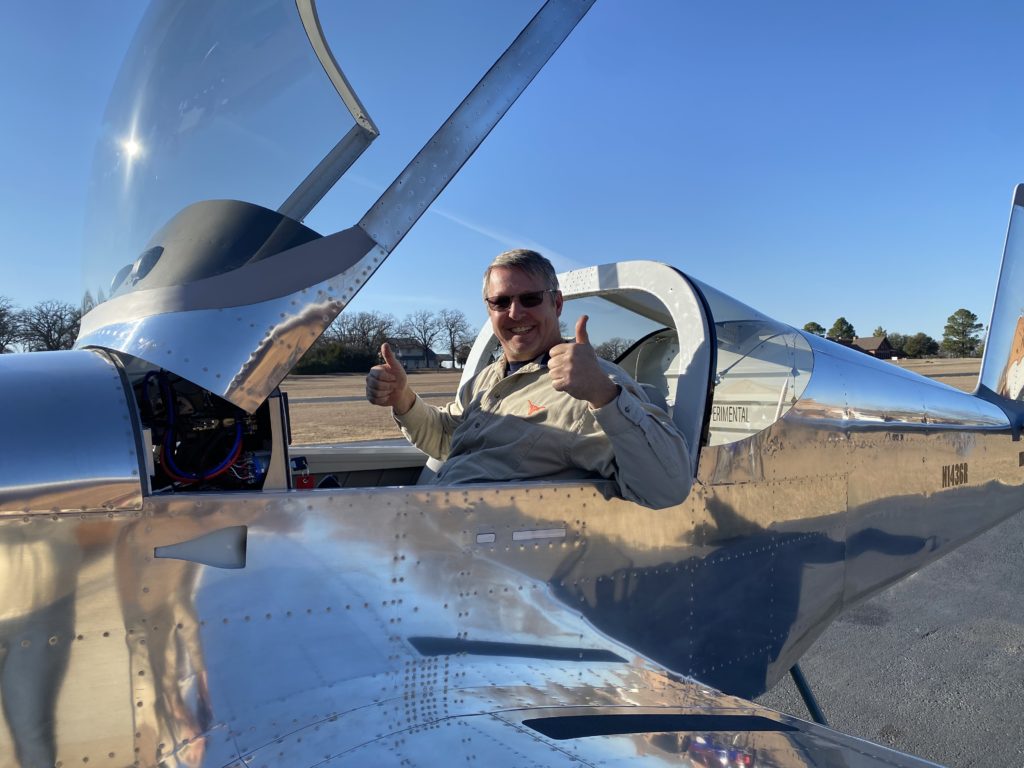 First flight was right at an hour and the plane flew flawlessly. Better than I had hoped. I can’t say enough about the quality of the RV-14A kit, it is simply amazing. I began the project in October of 2014 and after completing the empennage and wings. The project was put into storage in April of 2016. We had bought an older house at Hidden Valley Airpark (5TX0) and my wife and I spent the next four years updating the house and building a hangar. The house and hangar project took longer than anticipated, keeping the RV-14A project in storage far longer than I wanted. In July of 2020, I finally took the RV out of storage and resumed the project. Delaying the build ended up having one significant advantage. That same month, Van’s announced the new IO-390-EXP119 engine option. Flying fast is good, but flying faster is even better. How can you pass up the opportunity that increases speed by 13 MPH, increases climb rate and shortens take off distance? I was immediately sold—hook, line, and sinker. After resuming the build, the project progressed amazingly fast. My Total build time ended up being just over 1600 hours. Special thanks to my wife for putting up with all the nights and weekends where I would run off to the hanger for hours on end to work on the project.