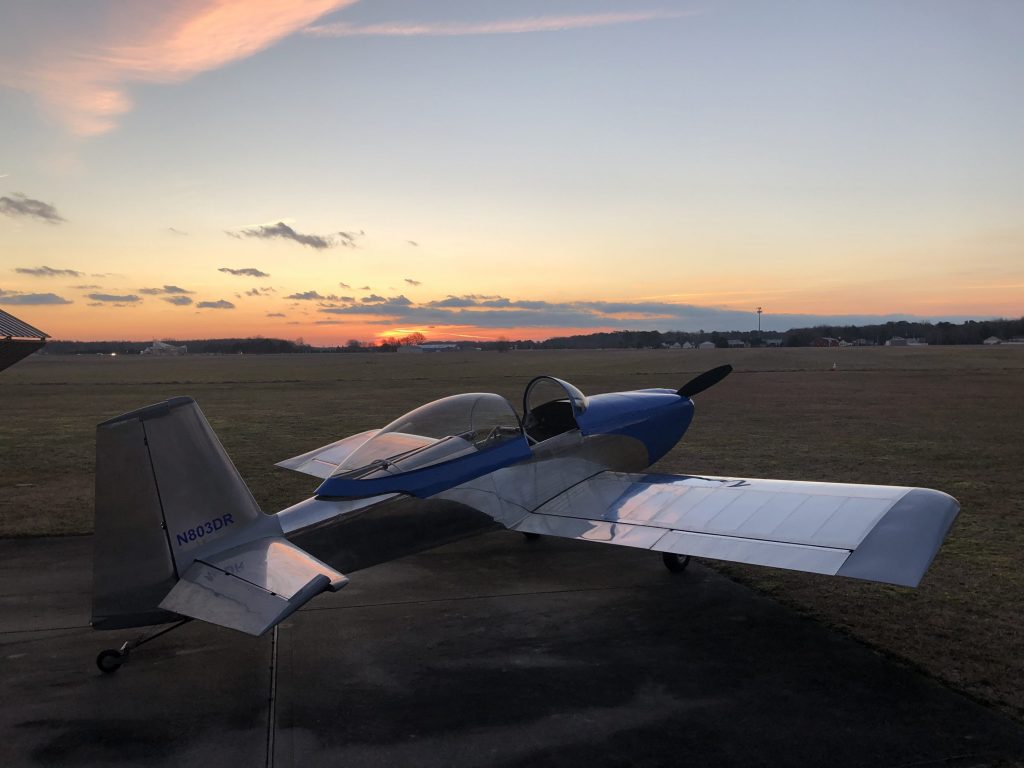 Congratulations to Jon on the first flight of his RV-8! ANd if you’ve ever wondered, “Can I build an RV in a single car garage,” they answer is yes, and you really need to check this out: He’s sent in this report and a video showing his build and first flight:

After restoring, flying and selling an RV-6A, I began looking for a new project. A complete build from a brand new kit was more than I could handle both financially and as a time commitment, so I began looking for something on the used market that had been substantially completed. This particular kit was completed to about the quickbuild stage by a fellow builder located in Phoenix, AZ. Three days and 3,000 miles later, it was relocated to the shed behind my house here in Delaware.

About 10 months after taking ownership of this RV-8, I was privileged to take it up on its maiden voyage on February 15th, 2019. Transitioning to the -8 from a Citabria, I just keep being blown away by the power! The Lycoming 180 and Hartzell combination provides climb performance and speed to spare. Such a fantastic design. It is absolutely everything I had hoped it would be.

A little video about the build and first flight: