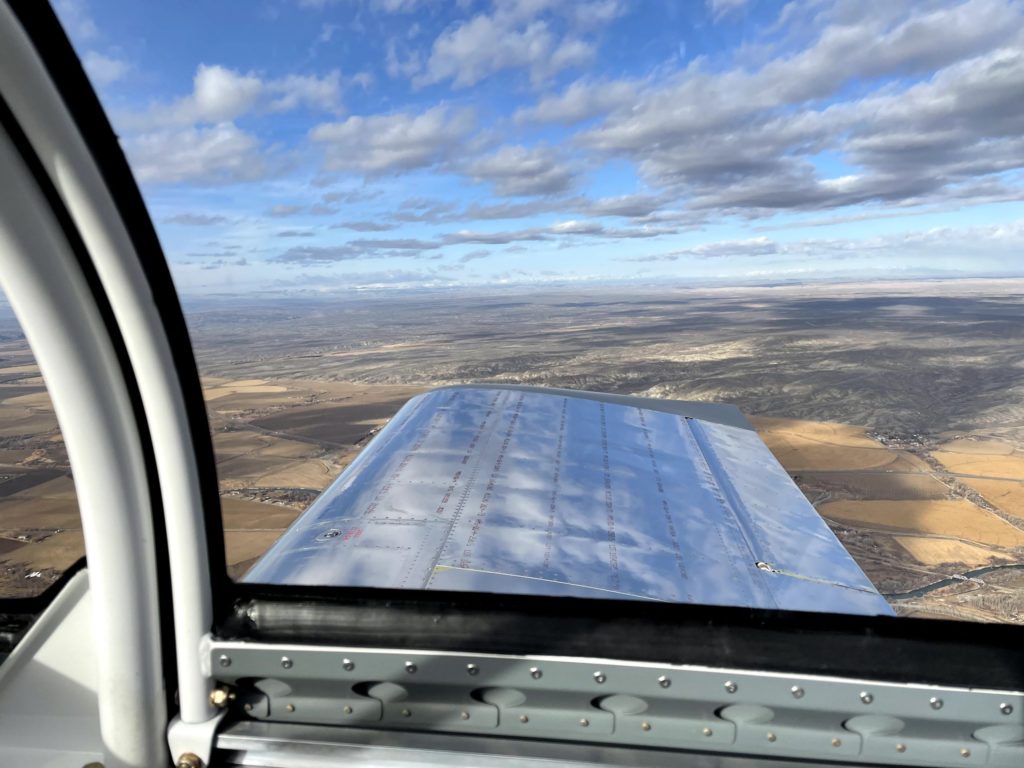 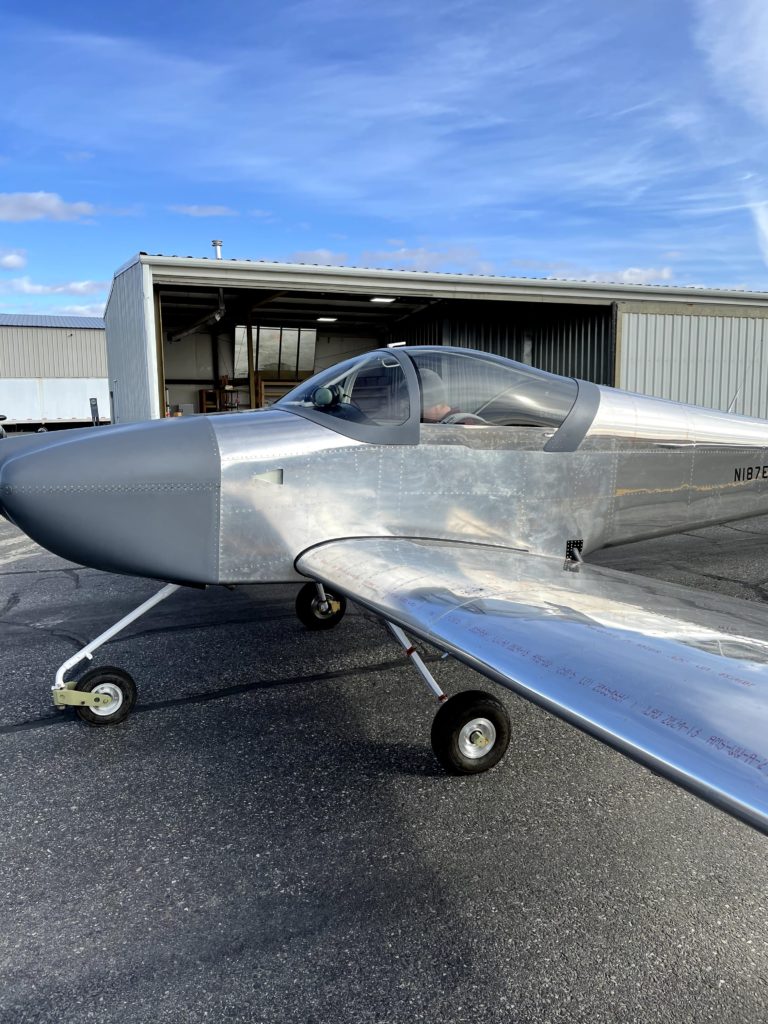 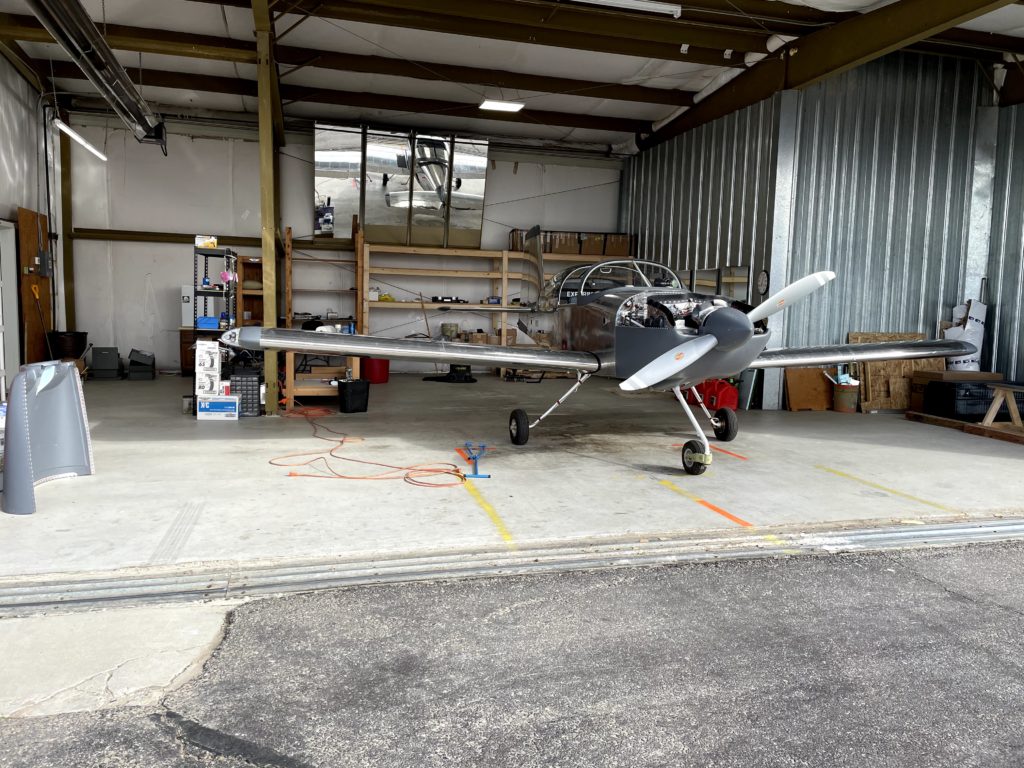 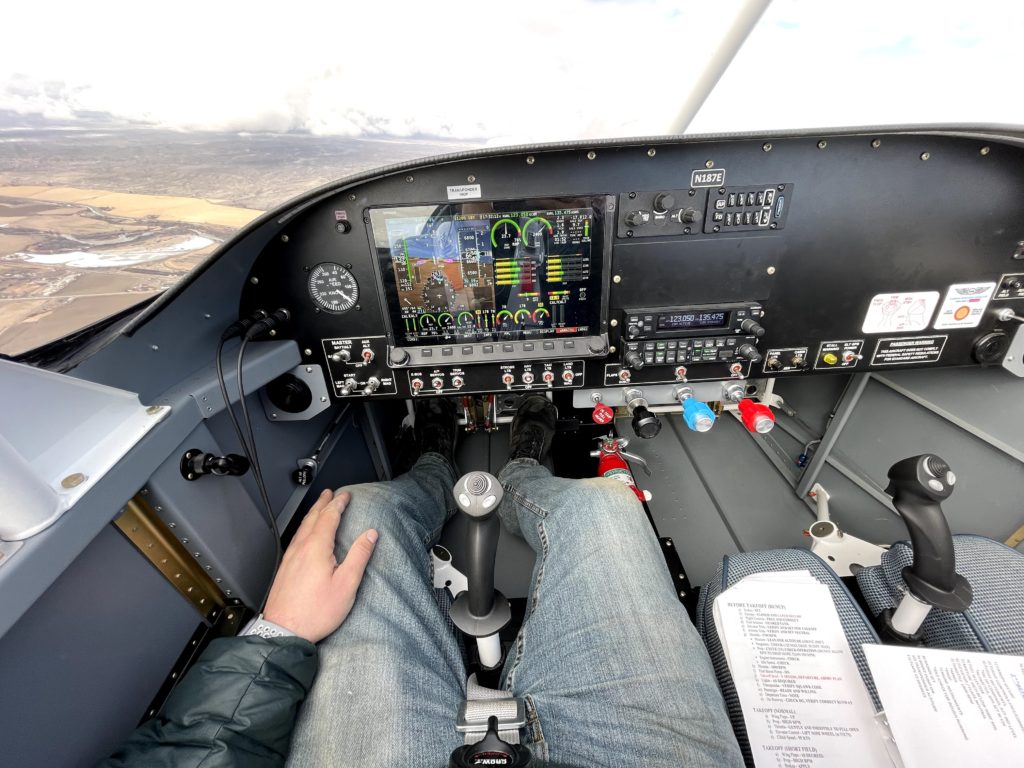 Jereme wrote in to let us know about the first flight of his RV-7A:

After getting back from transition training I had some last minute things to do to the aircraft to get her ready for flight. I had a slight brake leak on the right side so I changed out the o-ring and bled the brakes again, put the cowl on (which takes longer than a guy might think), cleaned the canopy, adjusted the seat belt and cushions, and fueled her a little less than half full. The plan was to taxi to runway 16 and not dilly dally before adding power for the roughly 30 minute flight. In total the time was a little longer but hey, you will understand why when it’s your own!

After the runup I lined up on the runway and was mentally prepared for what to expect thanks to the transition training which was still fresh on my mind. I gave it a slow smooth application of power to full throttle and before I knew it we were zipping down the runway and it was time to rotate. She flew off on her own and the pitch axis was almost perfectly in trim. She has a heavy right side right now but honestly I didn’t notice it until I was at altitude.

Below is a video of the takeoff. Thanks to my dad for filming and for the many many hours he spent behind the bucking bar!

You probably couldn’t hear it in my voice on the radio call but trust me, before takeoff is a whirlpool of emotions that will very very quickly change! I climbed at about 100 KIAS and the anxious feeling remained the same until I knew I was at an altitude in which I could glide back to the airport. At this point my emotions changed instantly to pure joy and of course the “Grin”. I am not an overly emotional person but trust me when I say I was pretty dang happy at that point!

I had a blast zipping around the sky just practicing some coordinated turns. My average indicated airspeed was around 155 knots.

I was pleasantry surprised with all of my engine temps as well. I fully expected to see some ridiculous CHTs but they were awesome! My highest was #2 at 390 F. For pretty much all of the flight the average CHT was around 370s and I kept the EGTs around 1250-1300.

After a bit of fun circling the airport I set up for a quick slow flight close to stall to see what my indicated airspeed was; right on the money. Back to 75% power for a bit and then I worked on getting her slowed down and into the pattern. I flew the pattern just like I did during transition training and the approach was perfect.

Here is a video of the landing.

It was one of my best landings to date, pretty much perfect! I didn’t invite anyone but my dad to this first flight as I didn’t want a crowd with expectations. As you can see in the video though the crowd will show up anyways when they hear on the radio it’s the first flight of a new aircraft. Our local corporate guys (Pepsi pilots) even stopped what they were doing to come watch. In total there were 8 other people watching that I know about. haha

Long story short the emotions were high and even more surprising to me was how quickly they changed throughout the flight. I couldn’t be more happy with the way this flight went and with the temps on the engine!

Thanks to everyone that has helped me along the way and I look forward to sharing some more adventures with you all! Finally, thanks to Van’s Aircraft for making such a wonderful airplane that anyone can build!