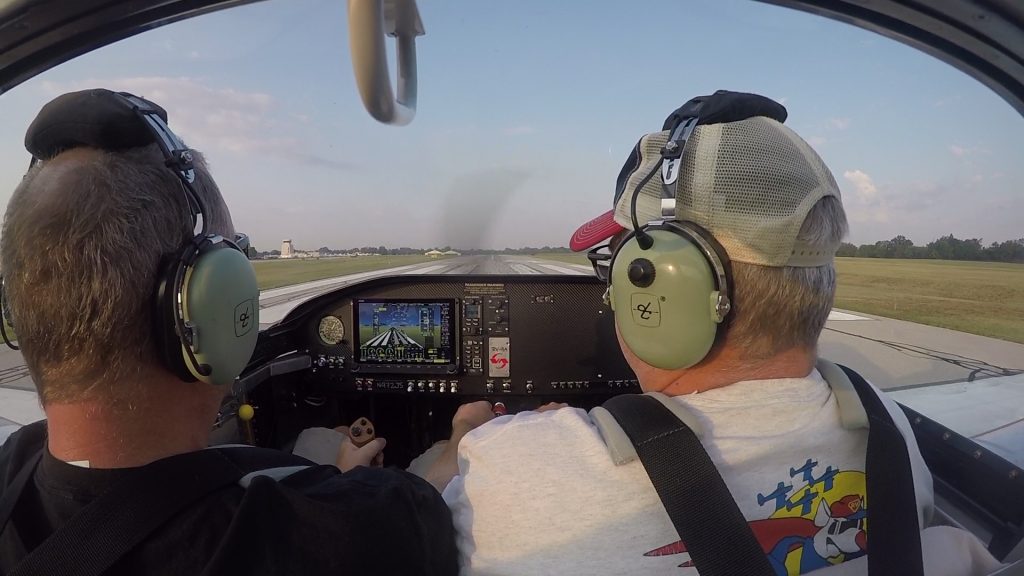 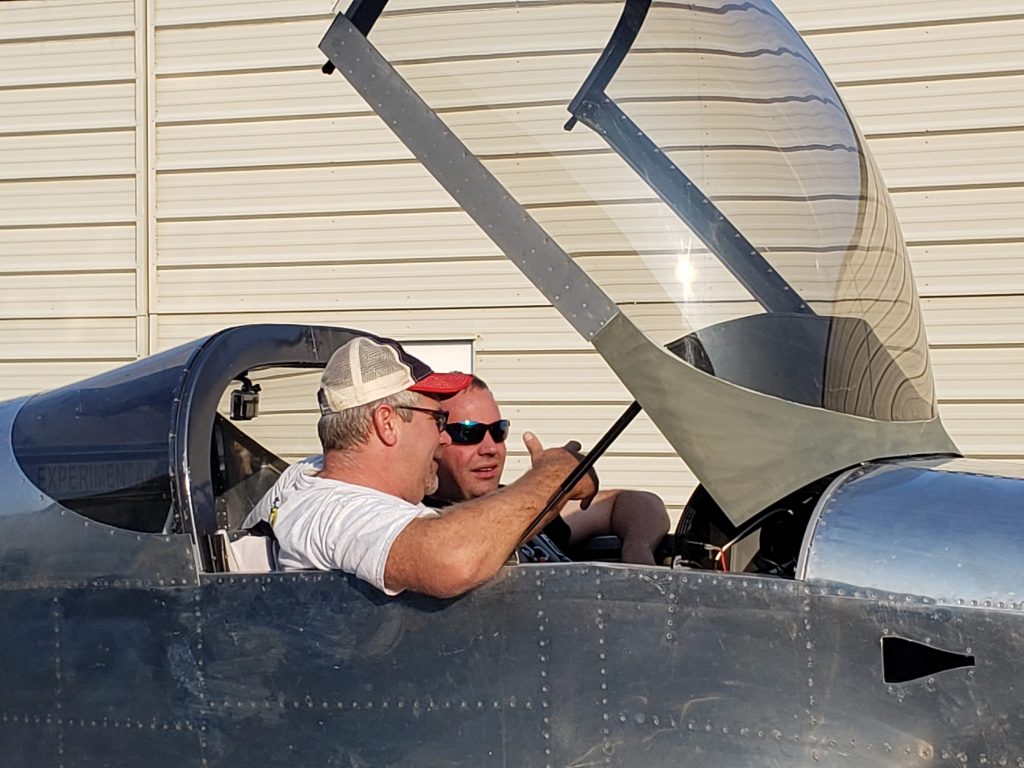 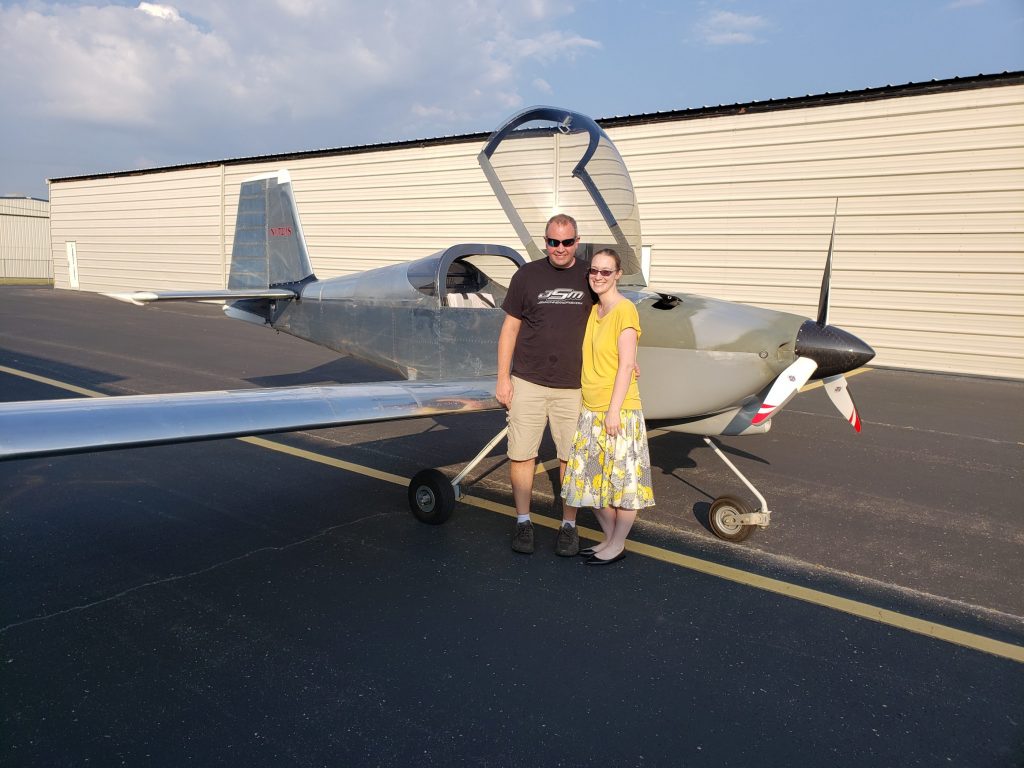 Jeffrey Scott wrote in to tell us about his first flight with Dave Schmitz as Additional Pilot. Congrats on the new airplane, looks really nice!

Sunday we had planned for first flight, but due to a couple last minute issues pushed it to the next day. On the drive to the airport Monday morning, perfectly on cue the theme song from Top Gun came over the radio. Dave Schmitz met me at the airport and graciously agreed to be part of the additional pilot program. I can’t thank him enough and the ability to have a 2nd pilot as it was very valuable.

Dave insisted the first take off was mine, converting from builder back to pilot I guess I didn’t do too bad. We purposely did not lift off too soon, as we assumed the airspeed was not correct so the roll was longer than normal. The plane lifted off very nice, we climbed to 2000ft and circled above the runway for 45 minutes.

I did not install aileron trim yet so I could isolate a heavy wing. I am happy to say the plane flew hands off no heavy wing at all. 16 gallons in each tank.

Brand new Titan Engine EGT’s maxed out at 410 in the climb, leveled off at 360-380. No flap stall was 50 range, flaps in 46 range. One squelch adjustment on the Dynon and couple radio checks with the tower showed us loud and clear. 3-blade Catto prop is going to be a great cross country for sure.

About the 2nd or 3rd lap around the pattern Dave looked over at me and said “LOOK OUTSIDE, YOU ARE FLYING AN AIRPLANE YOU BUILT!” Up until then my brain was working for sure, that comment was perfectly timed and really set in what just happened. Such an amazing feeling.

45 minutes later we landed, de-cowled the engine, found a few things had come loose, needed adjustment and back on it went for flight #2 that lasted another 30 minutes.

Such a life changing moment. It is such a privilege to be part of a community in both Van’s and EAA.