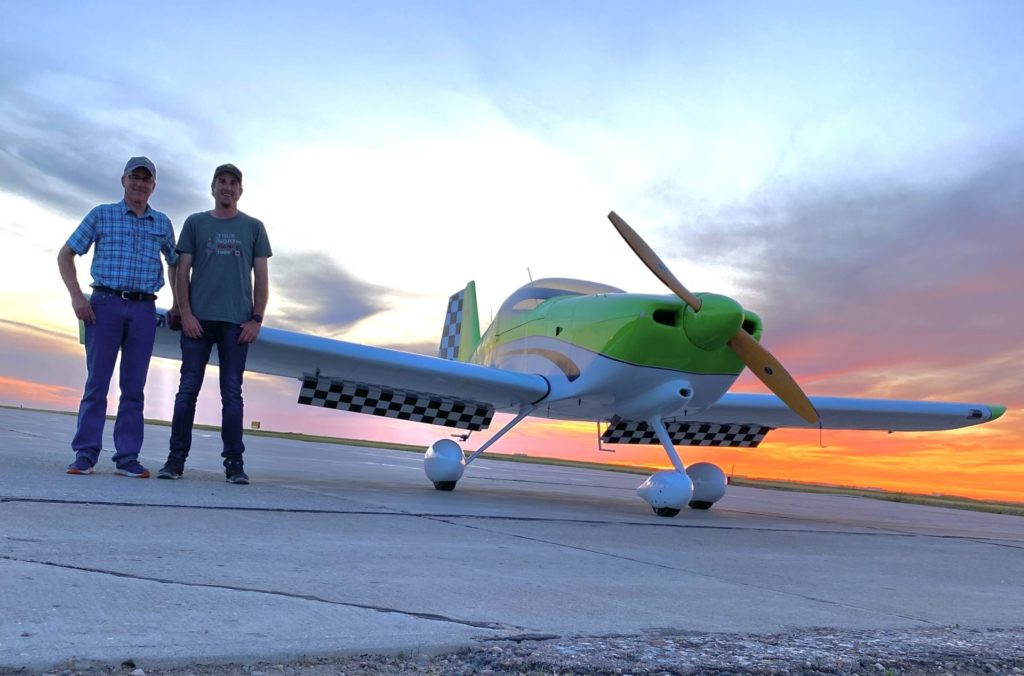 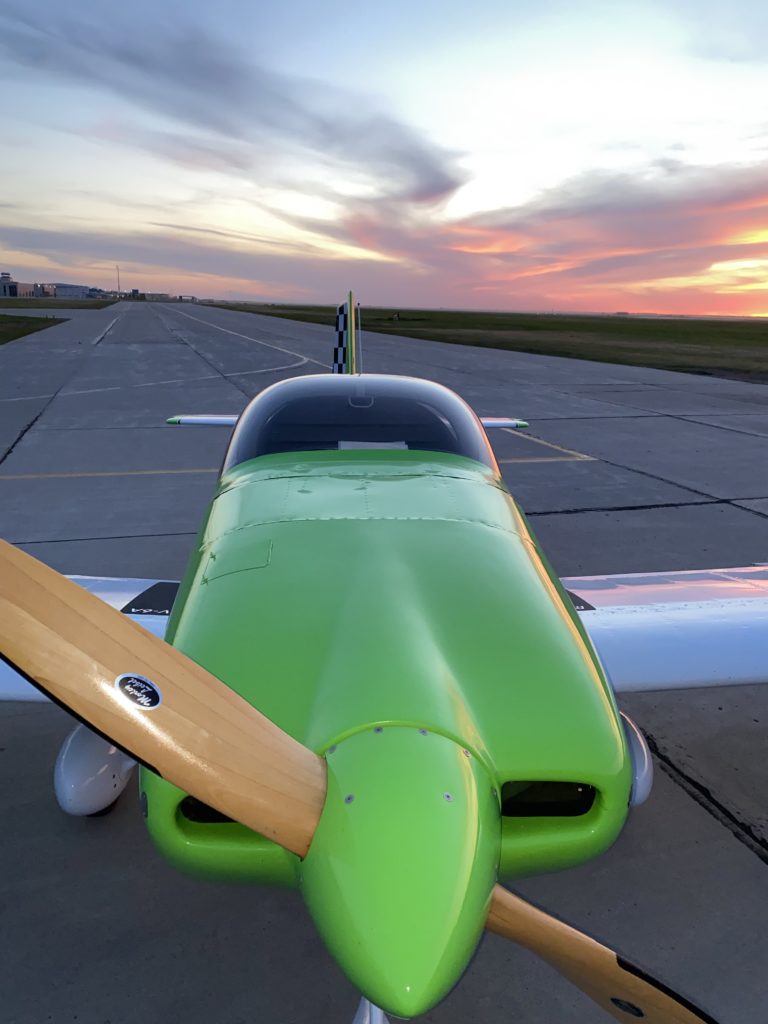 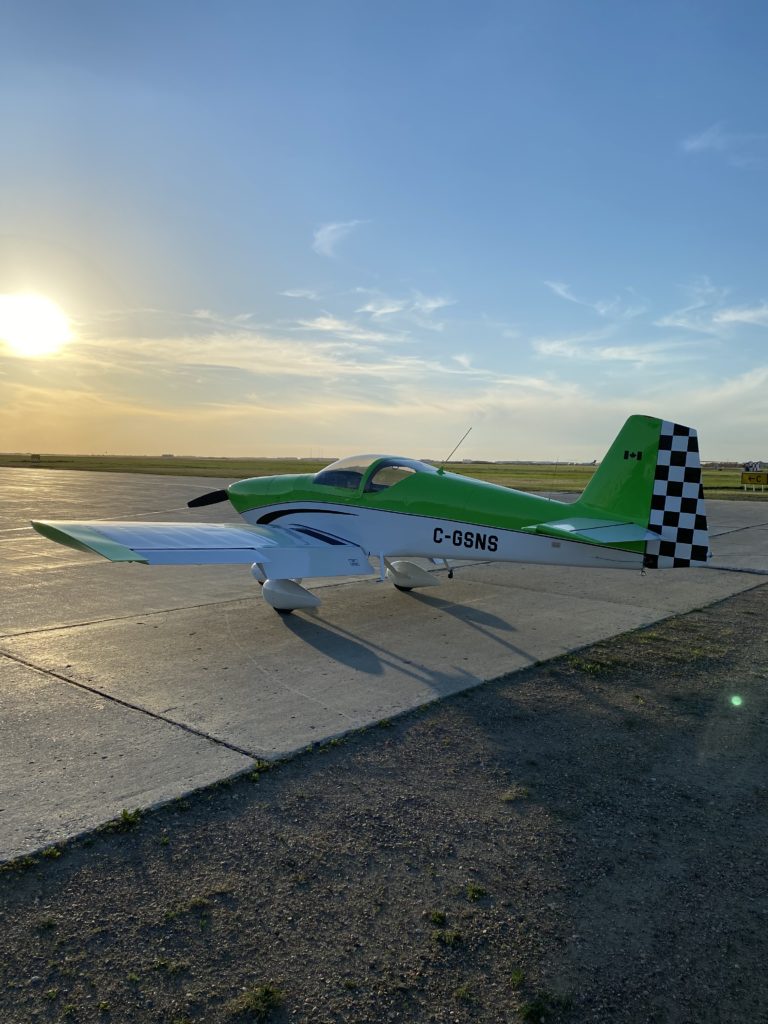 Greg and Norm wrote in to let us know that they completed and flew their new RV-6A:

Father and son, Norm and Greg, are the fourth owners of this kit in its very extended building history. The aircraft has an O-320 A3A that originally started life on a Piper Apache twin. It sports a wood propeller. The first flight was 45 minutes over the CYXE airport by Norm, and all that required some tweaking was a slightly heavy left wing condition. The airplane is a joy to fly, and as soon as the 25 local hours are flown off we plan to put its speed to use with some longer touring. Thanks to Van’s for a great airplane!