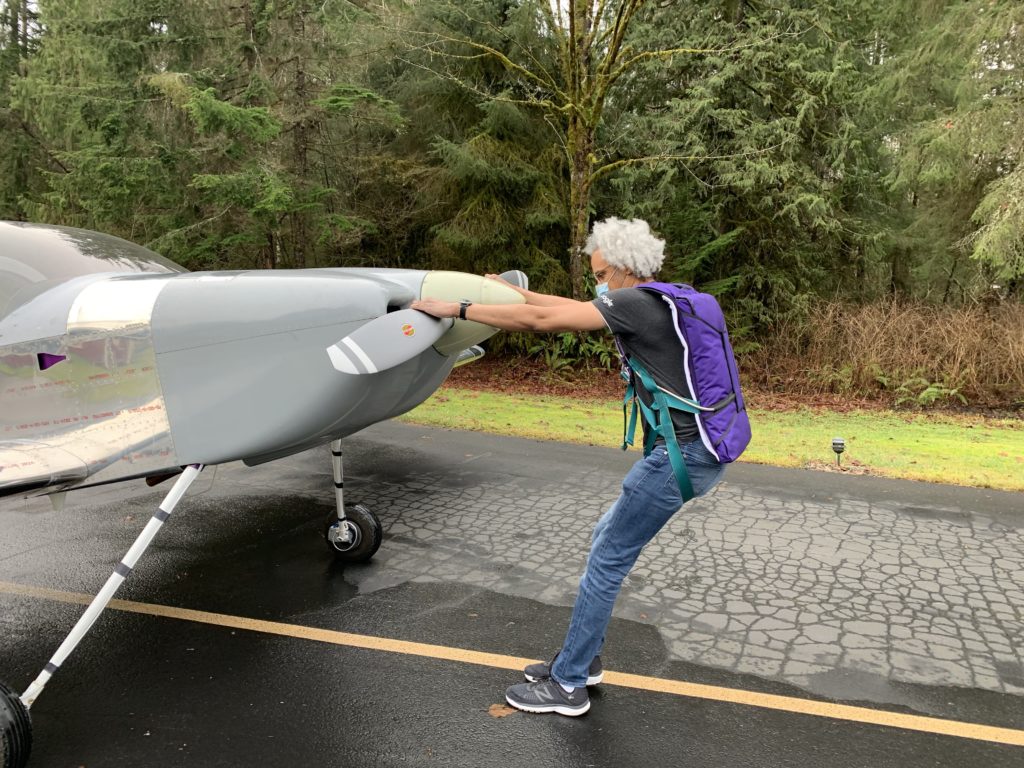 Erik writes in to let us know about the first flight of his new RV-14!

After spending 8 years slow-building a slow-build RV-14 kit, I had my first flight in N276EM on December 24, 2020. The flight was short and (mostly) uneventful. I want to say that building it was just as much fun as flying it, but who am I fooling? The airplane is a blast to fly.

I built my airplane at Axsys Air in Lake Stevens, WA. It’s a great place to not only learn the skills but to get the support to push through the difficult times and get the project done. Give them a call!

I didn’t have a chase plane to take any pictures in-flight, but I do have a picture of my airplane in the hangar in all its unpainted glory and one of me pulling it out for a flight.