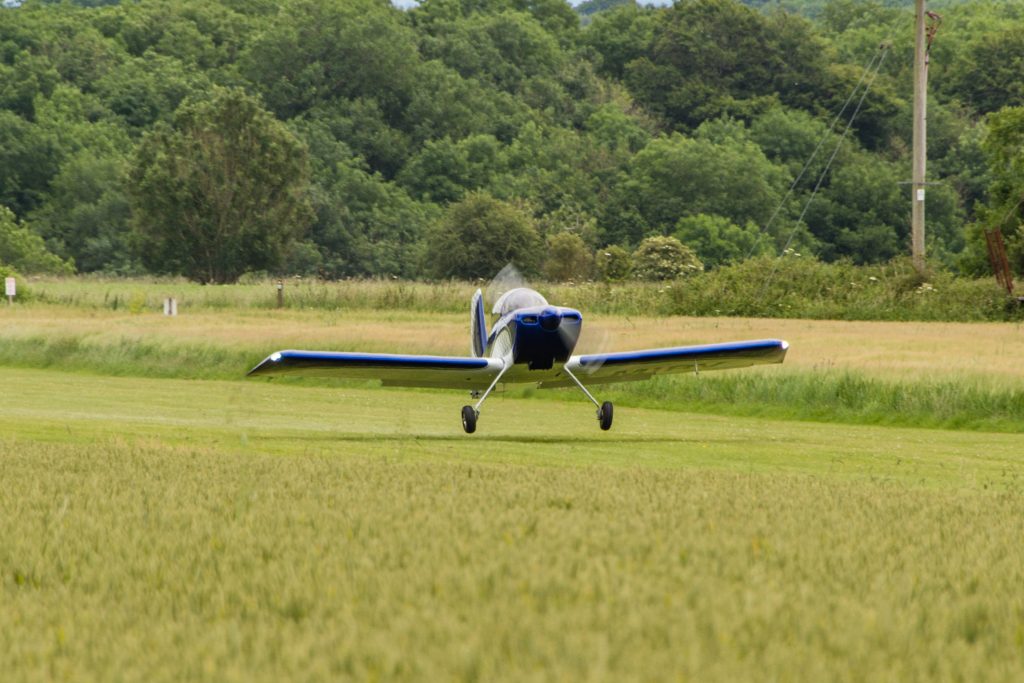 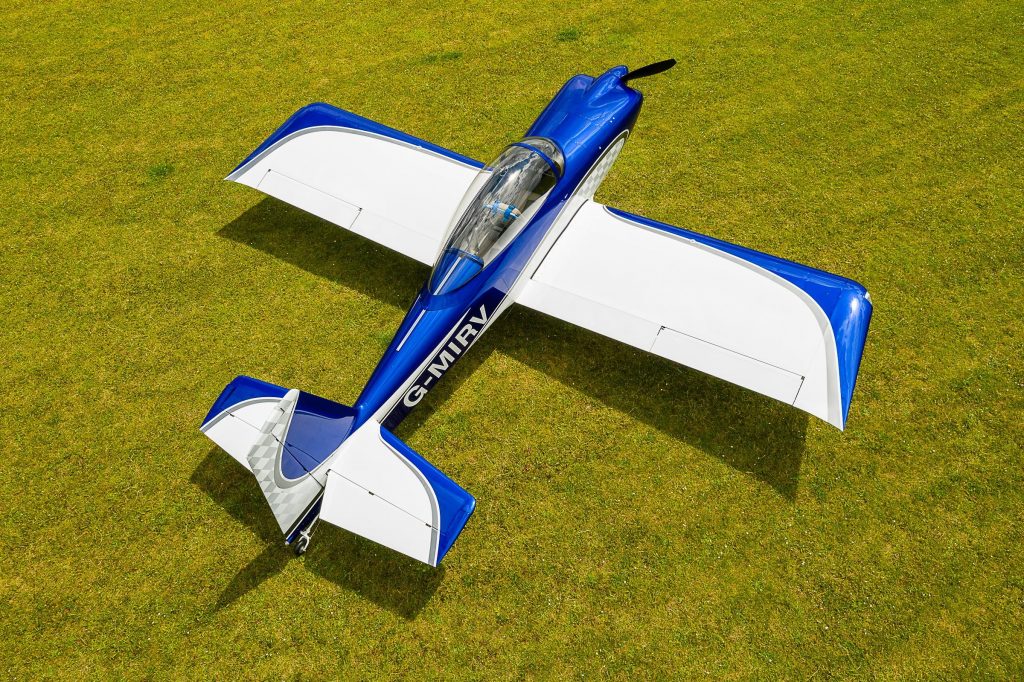 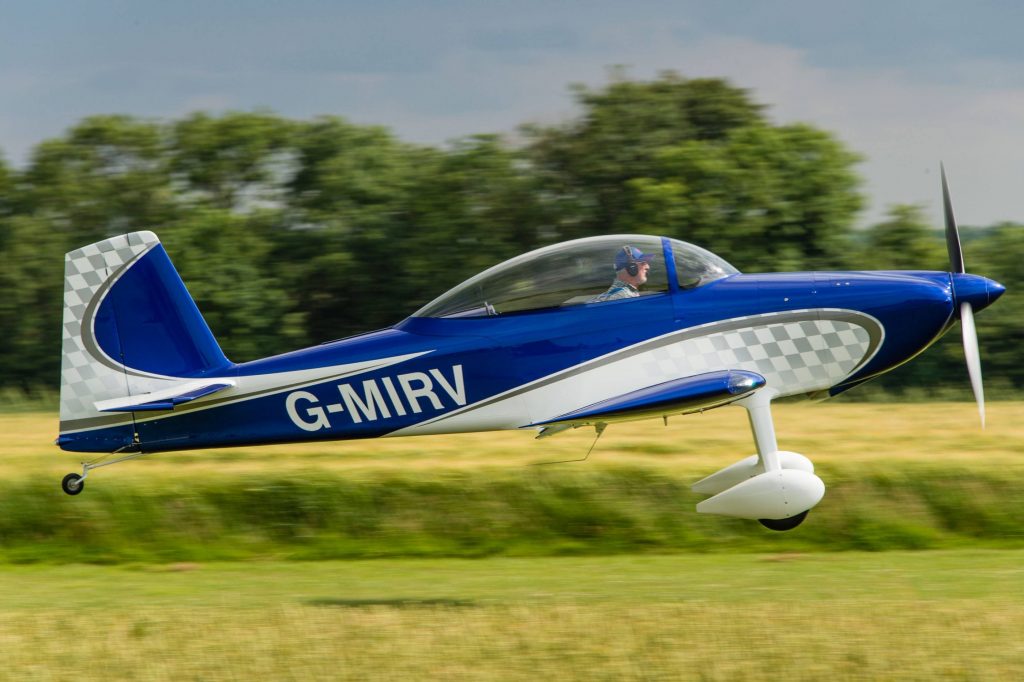 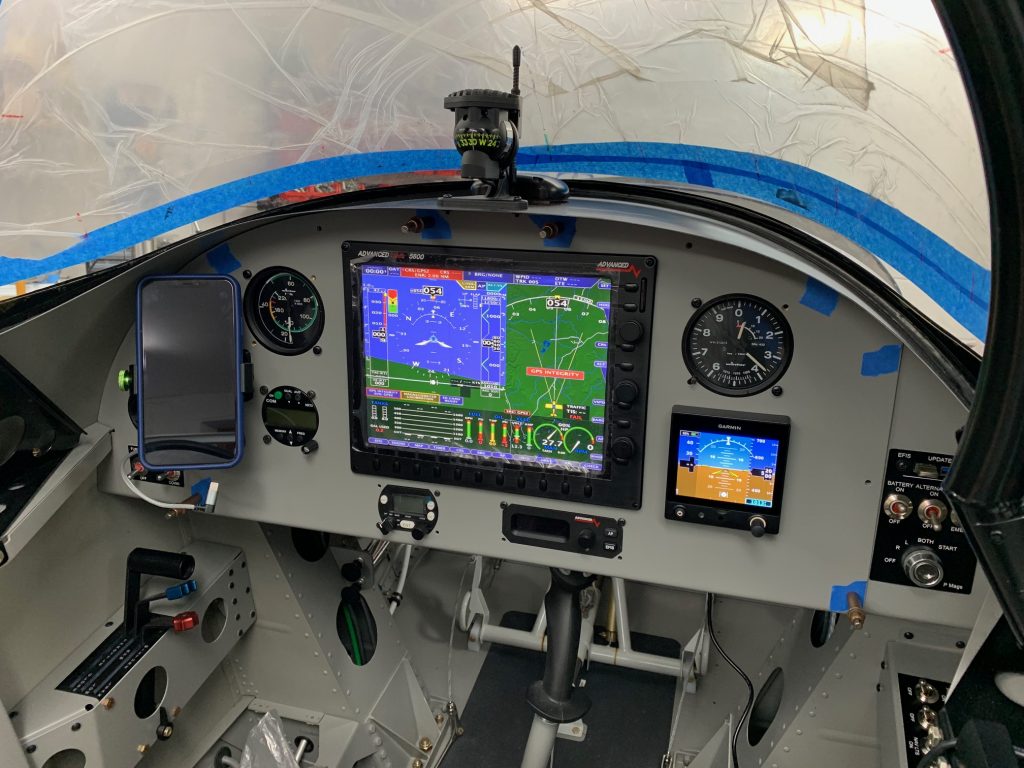 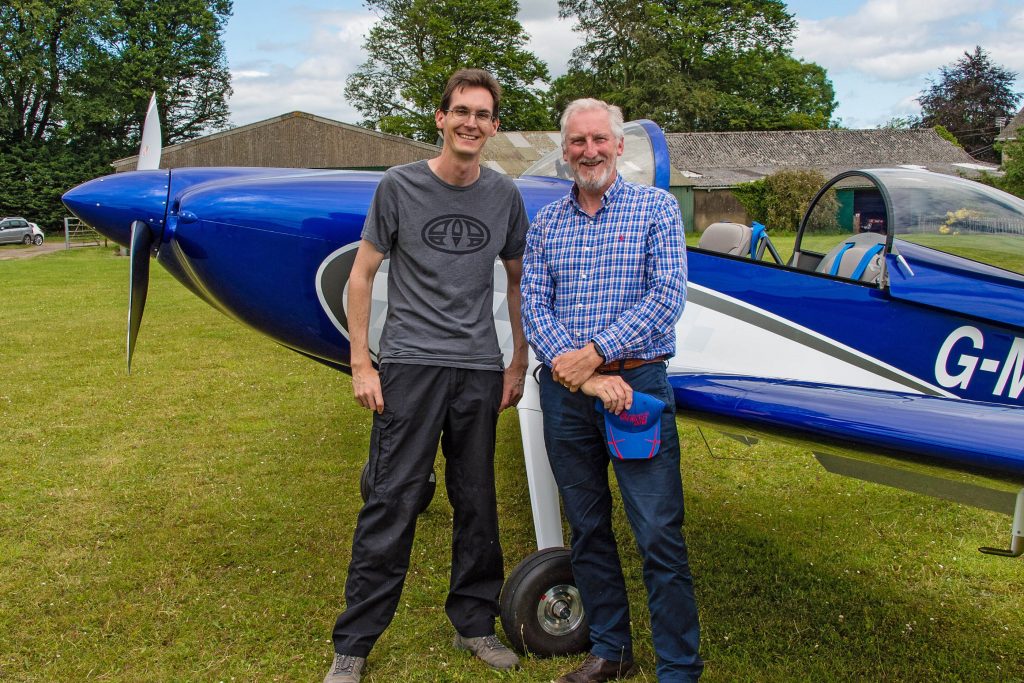 Ed Hicks (editor of Flyer magazine in the UK) writes in to tell us all about the maiden voyage of the RV-8 that he and Steve Ayers built!

Just over 7 years since we started planning for the project, RV-8 G-MIRV made it’s first flight on the 1st of July in the hands of co-builder Steve Ayres.

I’d previously built an RV-6 with Nigel Hitchman and my father, Pete, and had kept my tools, as I’d really enjoyed working in aluminium. The -8 project started with a note pinned to the notice board at my local strip, advertising for a building partner. That put me in touch with Steve, who had been thinking of building too. An aircraft construction project can be a fairly intense experience at times, so finding someone who is the right personality match to build with is pretty important. Luckily, our ideas for the aircraft were very similar and I think we’d both agree that building together has really enhanced the whole project experience.

We located a practically unstarted 2003 Quickbuild airframe kit that had been purchased by two friends in California. They had taken delivery of it, then life got in the way before they could really get going. It was collected, packed and shipped to the UK along with a newly-ordered Finish kit, and we began construction in early October 2012 in my single car garage. 15 months later, we moved the project to Steve’s purpose-built 2-car garage workshop.

The paint scheme, designed by Craig Barnett of Scheme Designers, was applied by Simon Edmundson and his team at Edmundson Aviation. The guys treated it like it was one of their own, and their work was outstanding.

Plenty of people passed through the workshop doors to visit, a number of whom went from “thinking about building” to having a project of their own. I’ve always enjoyed that aspect of homebuilding, particularly as many of those builders have become good friends.

Like many projects, it took a bit longer than planned, but the aircraft benefitted from the time we invested in it. It’s powered by a 180hp Superior IO-360 with dual P-Mags and cold-air induction sump. With a Hartzell constant-speed prop, the aircraft performs just as the Van’s numbers suggested it would. In the cockpit there’s an Advanced Flight Systems 5600 EFIS and a Garmin G5 backup, Trig transponder and Dittel radio.

Steve and his wife Caroline, who has been an important part of the MIRV team every step of the way, plan to do some touring. I’m just looking forward to making some holes in the sky.