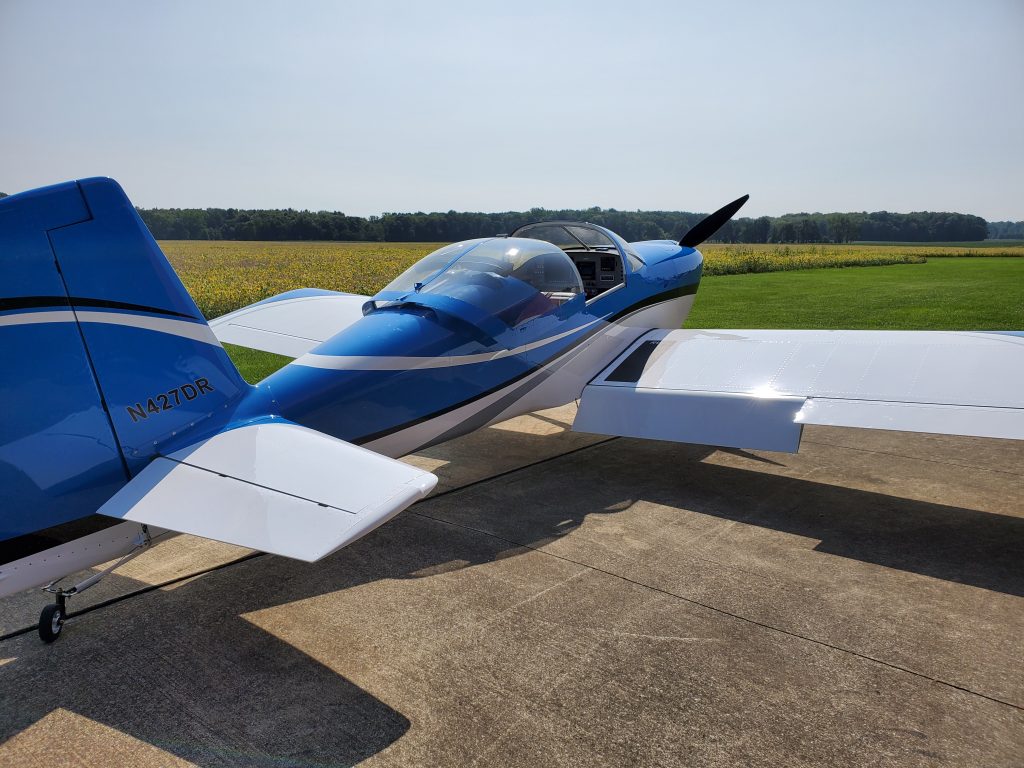 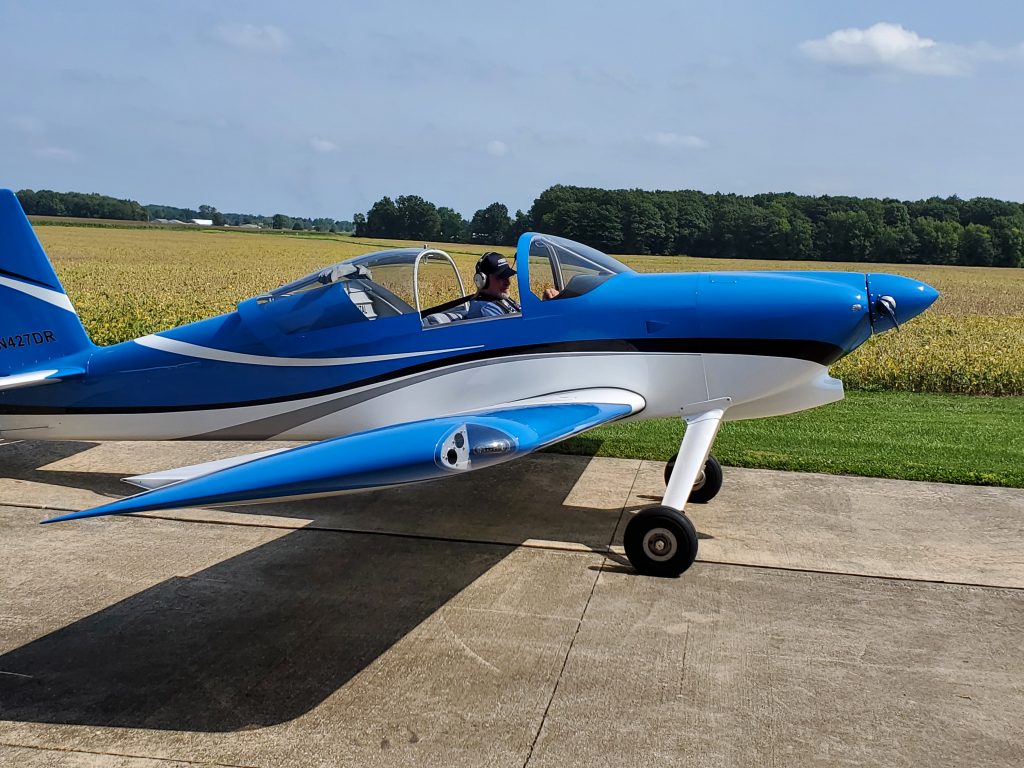 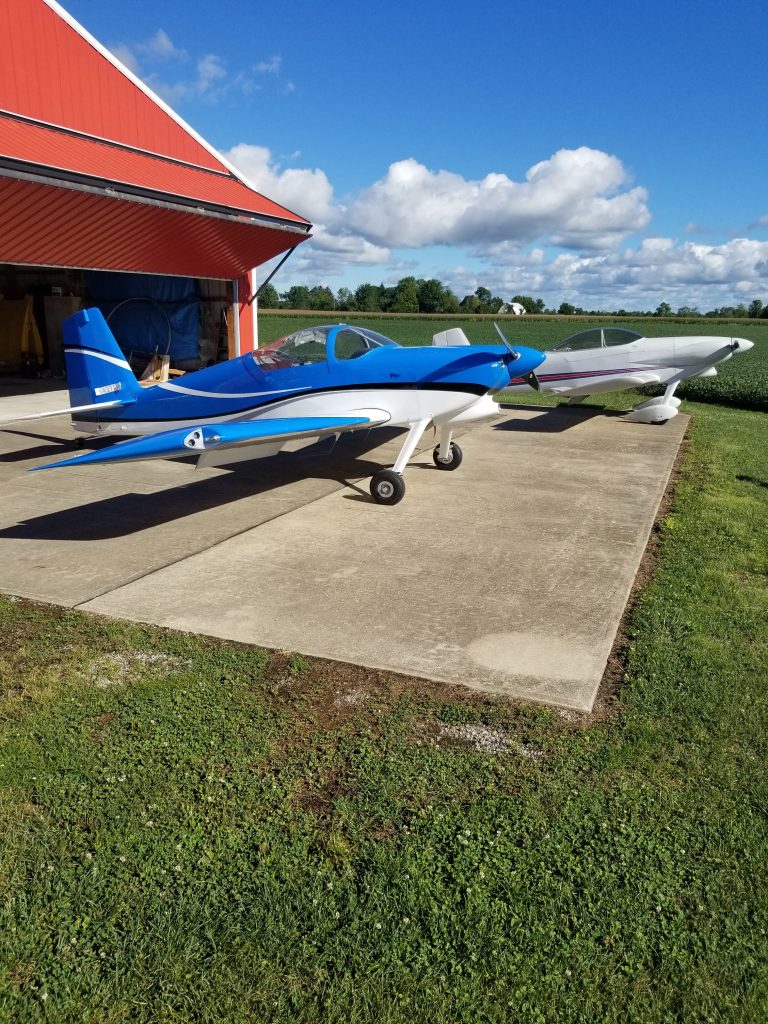 Congratulations to David on the first flight of his new RV-7! He writes:

Ran out of reasons not to fly, so the first flight was off of our strip, 26OH on Saturday, 9/12/20. Flew twice the first day, no problems so far and no heavy wing. She is equipped with an Aerosport IO375 B1B and a Whirlwind constant speed prop. Plenty of git. I will install the wheel fairings after the initial engine break-in. It was painted in my hangar, we built a paint booth using a 10 by 20 light weight carport, worked great. Majority of the painting was done by Cary Peeples, and Walt Halloran and Budd Johanson also did some. Paint is Sherwin-Williams Genesis single stage. This is my second RV, first being a -4 that I have been flying for 29 years.