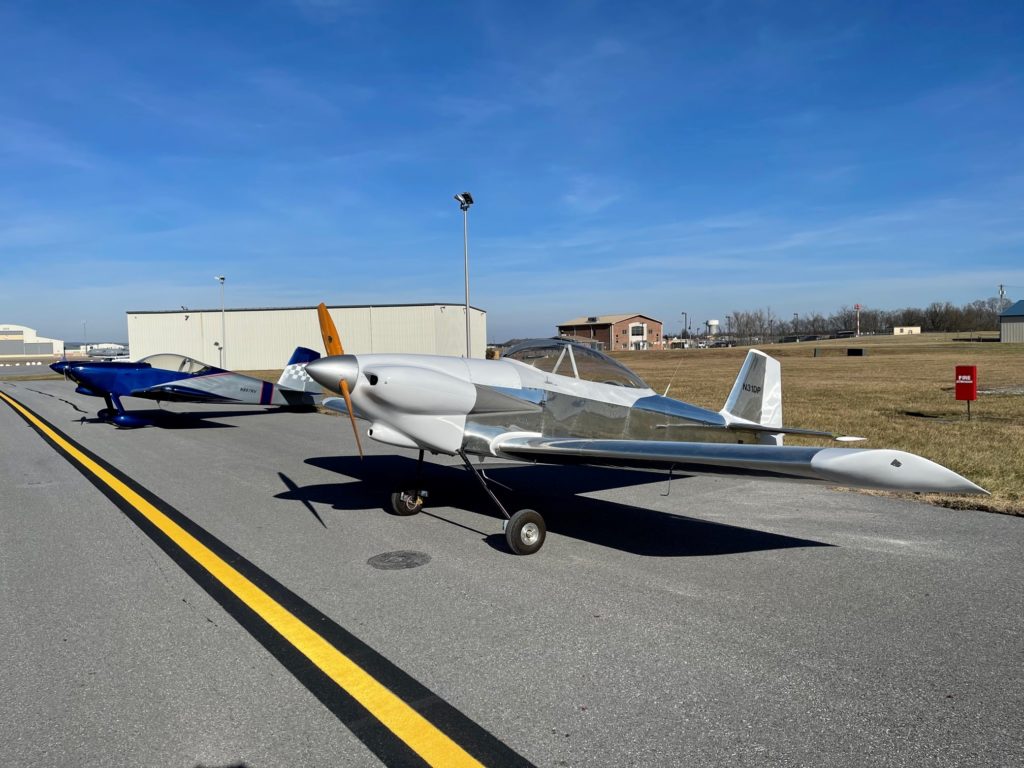 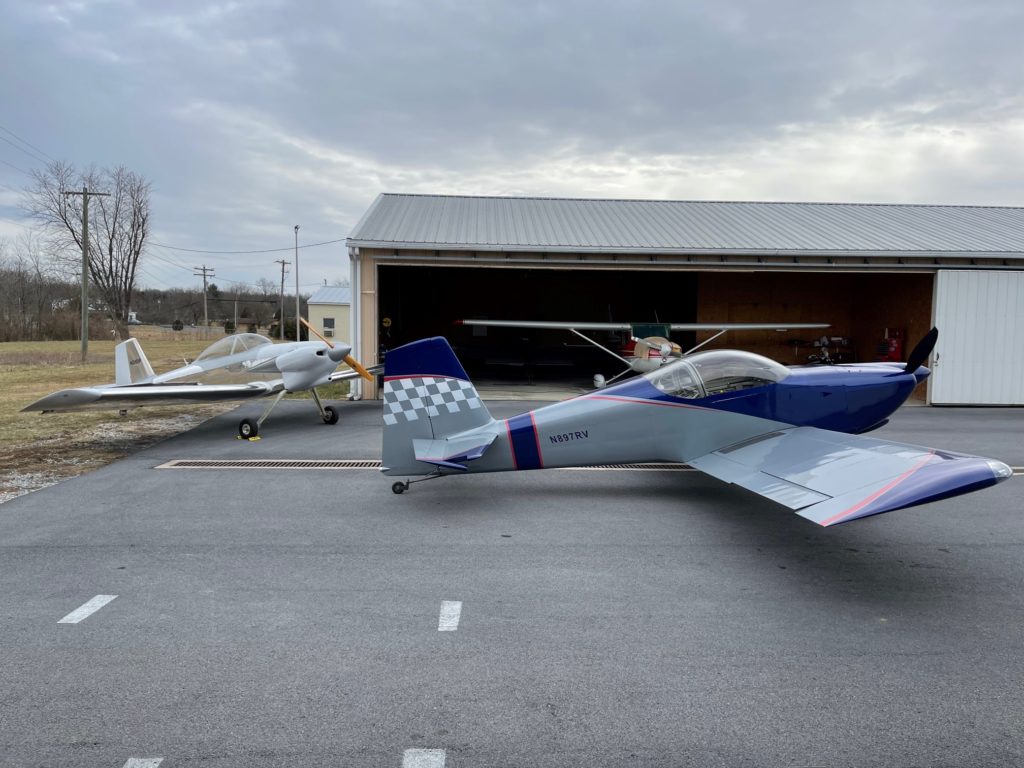 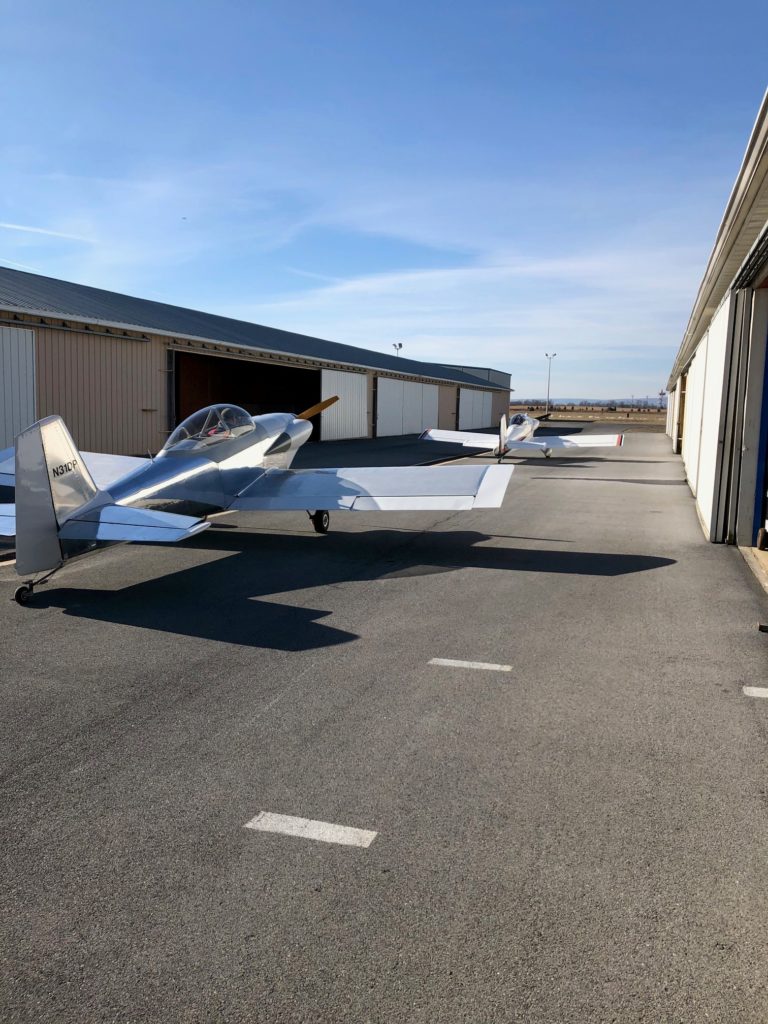 Congratulations to David, who writes to tell us about the first flight of his RV-4:

My RV-4 received its airworthiness certificate on January 29, 2021, and flew for the first time the next day. The serial number is 2120, and it began life when the empennage kit was delivered to a customer in Virginia in 1988. Through four owners and over three decades, it made its way slowly towards completion and is now a flying airplane! I’ve had it for two years and about 1,000 hours of building.

It has a new Superior O-320 and used Sensenich wood propeller (which came off of another RV-4). The panel consists of round gauges, but they are all new (mostly UMA Instruments….really nice). It weighs 940 pounds, which I understand is about what you want in a light RV-4. It has the long gear. There are no lights and no transponder. I’ll get to those later.