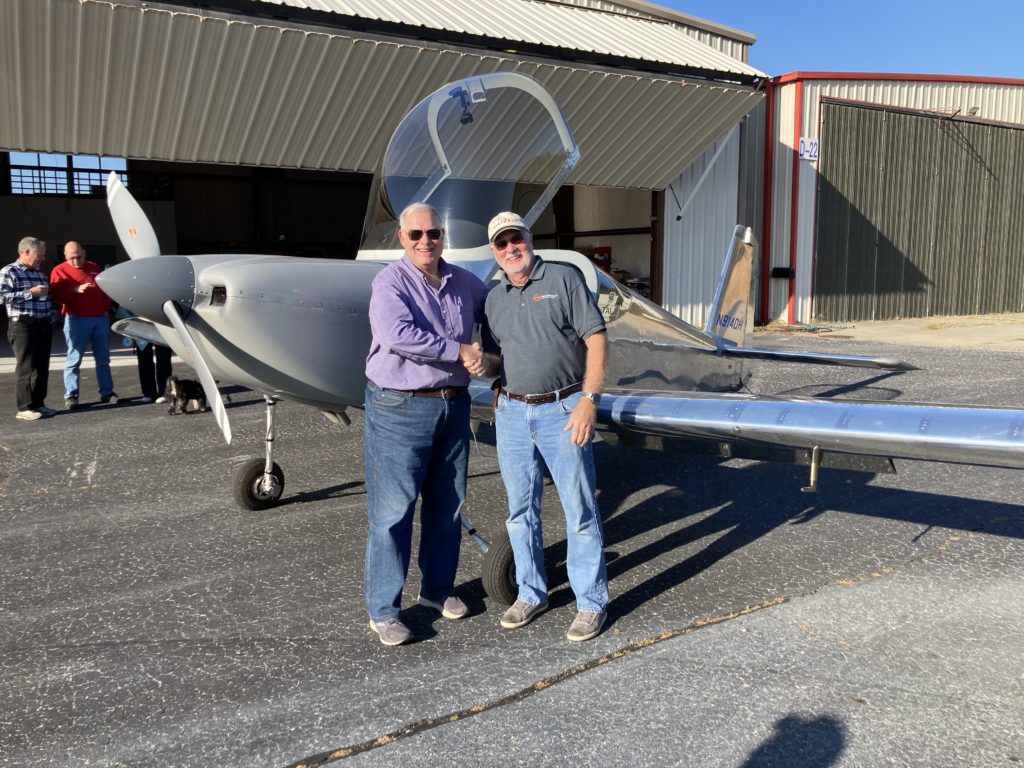 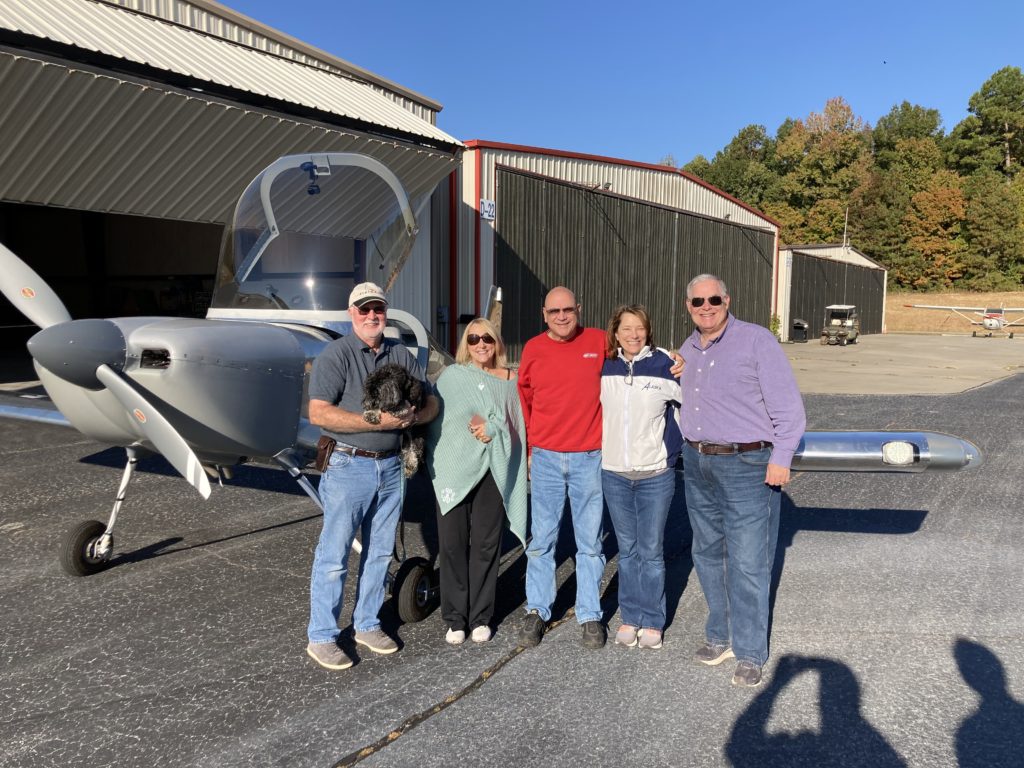 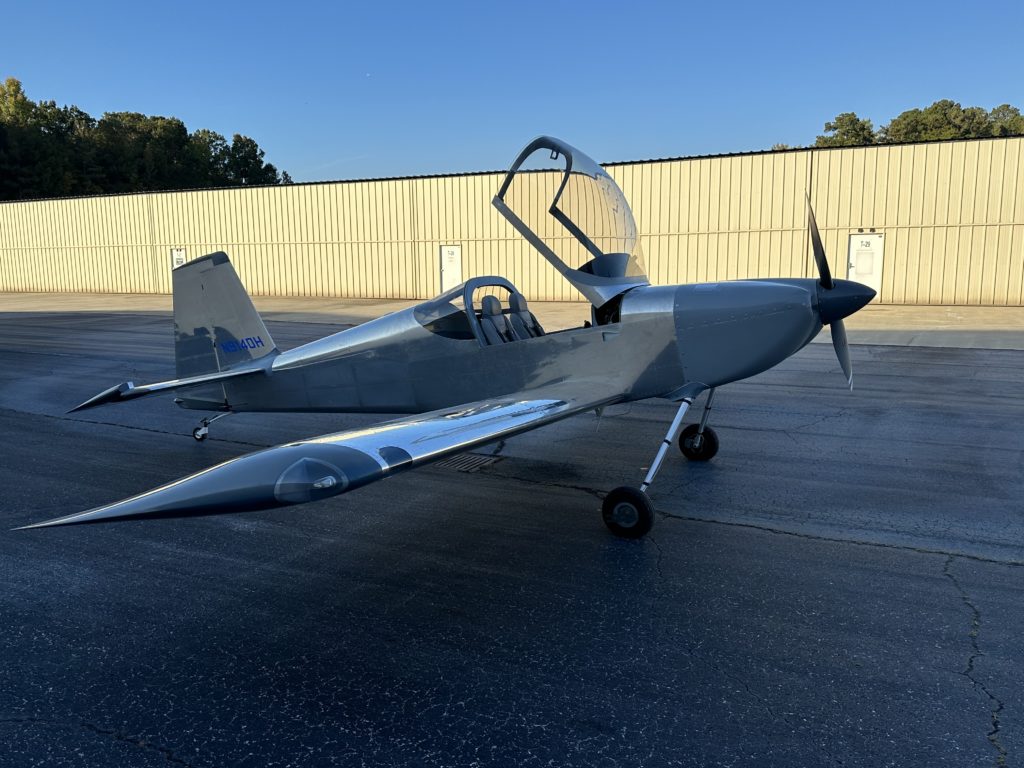 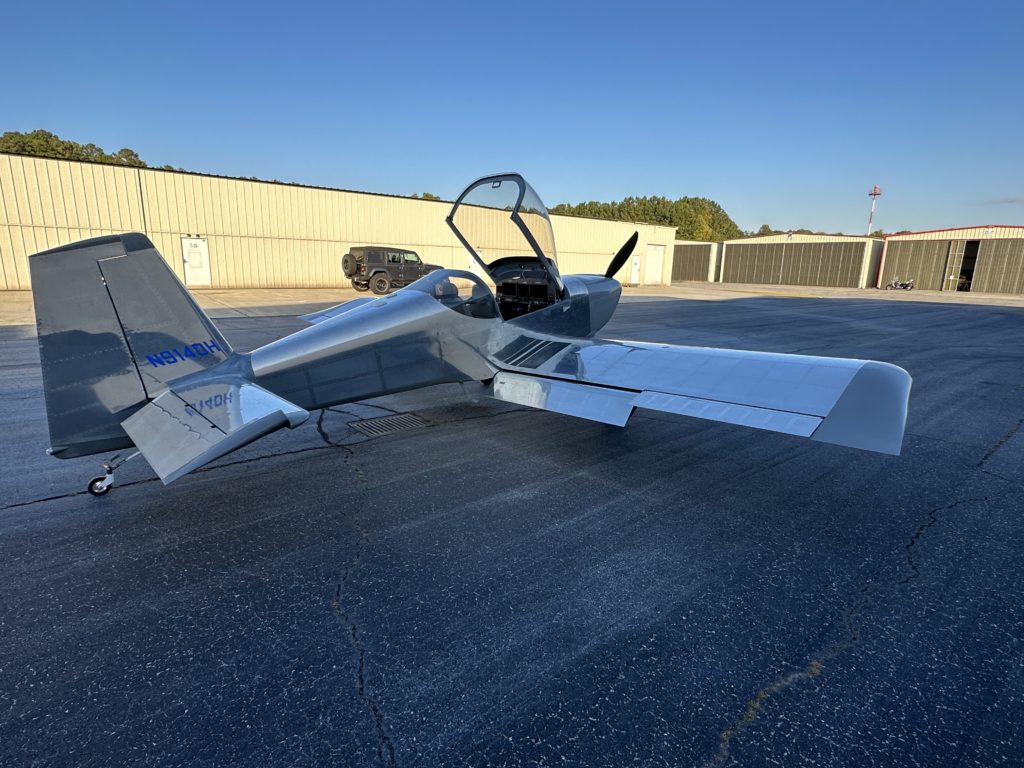 David and Bill send the following story about the build of their new RV-14! Congrats to both!

The story of RV-14 N914DH began slowly in December 2013. The empennage kit was ordered. It arrived in February 2014 but construction didn’t begin until April 2015. We had a whole house renovation in progress that prevented any fun that could be had with that first box. After April 2015 riveting began in earnest. It was still slow but progress could be seen every month. I found an incredible partner in December 2018 when William (Bill) Bacon came on board as a full partner. We were finally ready to move the fuselage from the house shop to the hangar on Jan 31, 2022. N914DH is definitely a “slow build!” We received our airworthiness certificate on Sept 21, 2022 when Vic Syracuse checked our work. Our first flight was performed by Bill acting as pilot in command and Vic Syracuse acting as observation pilot. What a journey and what incredible support Van’s Aircraft has provided. Both Bill and I look forward to many years of high-flying adventure with this amazing machine.