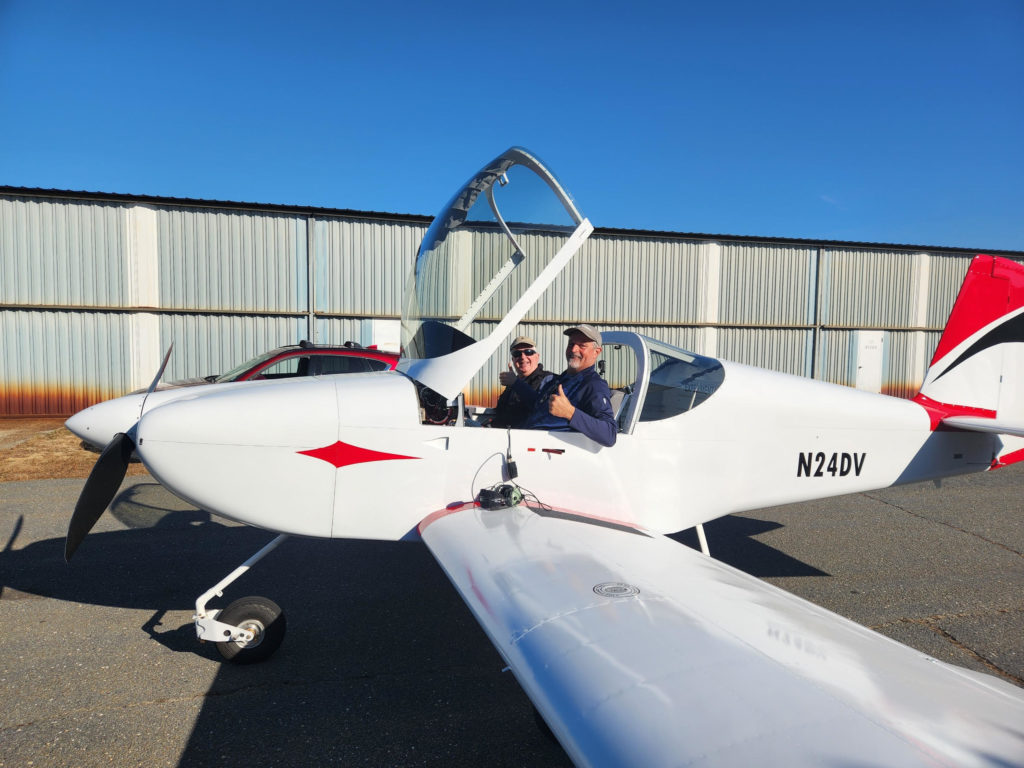 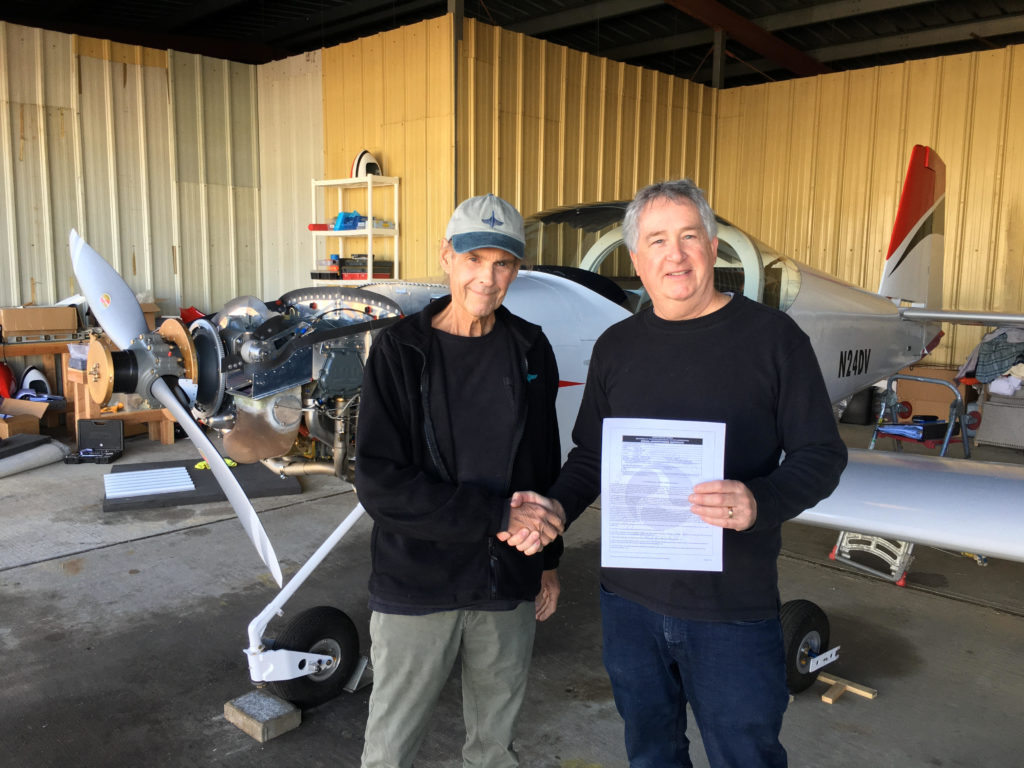 Christopher LoPresti writes in to share the first flight of his new RV-14A!

After three years of building, almost to the date, the aircraft was ready to take flight. Present in the aircraft during the first flight was pilot Frank Dobroswki, a veteran RV builder, and Christopher LoPresti, the co-pilot and builder of this aircraft. The first flight lasted approximately one hour and the aircraft performed perfectly in true RV fashion. What a great kit, and a great build experience. Phase 1 has now begun. Keep pounding those rivets, it’s worth it!